The new documentary feature film “The River and the Wall” by award-winning director Ben Masters opened in many North American theaters and on demand on Friday, May 3, 2019.

The film documents the Rio Grande River region at the southern border of the U.S. and Mexico – footage that may prove important, as the proposed border wall will change that region forever. The cinematography, much of it aerial, is exquisite.

In the film, Masters and four friends, two of whom are immigrants themselves, journey along the 1,200-mile border from El Paso, Texas to the Gulf of Mexico. The terrain, which includes canyons, desert, mountains, and the river is often treacherous, and the group has to traverse via foot, bicycle, horse, and canoe. 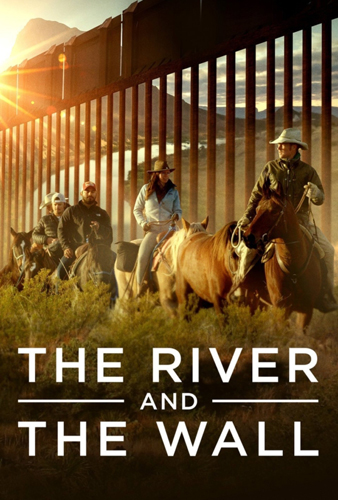 On their journey, they meet ranchers, immigrants, and border patrol officials. They also interview Texas Congressmen Beto O’Rourke (D) and Will Hurd (R). A wall is, according to Hurd, “the most expensive and least effective way to do border security.” His district includes hundreds of miles of the border, and he contends that there’s no “one size fits all” solution to securing that border. He calls a wall in the desert and the Big Bend area “just crazy.”

Instead, he suggests surveillance cameras in the areas where immigrant crossings are possible and likely, as well as more personnel on the ground. A border patrol union representative interviewed in the film agrees. He says the current wall that exists is already being crossed, and any new wall will also be crossed. In fact, when the filmmaking team comes upon the current wall that exists on the border, DeAndrade manages to scale it in a matter of seconds.

The border patrol official also reports what has been said in the media – that the number of immigrants crossing the southern border has significantly decreased in recent years.

Most landowners in the area are in favor of more border security, but not a physical wall. One of the ranchers interviewed in the film says he won’t be able to operate if the wall separates his land from the Rio Grande River. A wall would require “a land grab,” he says, suggesting that it might not be the best idea to separate the U.S. from the only good water in the desert, especially since it will mean giving up some of the most productive farmland in the world.

Additionally, the film explores the realities of the drug cartels and the issues inherent in harming trade relations with Mexico since the country has been the U.S.’s third largest trading partner.

One of the big problems is that the wall is planned to be built in a straight line, while the terrain doesn’t run in a straight line. The river snakes through, and the canyons and mountains certainly don’t cut a straight line through the region. Parts of the river have already been cut off from the U.S. side of the border.

While the film clearly has a political agenda, Masters and his crew appeared to be after the facts. They wanted to bring the realities of the situation to people who have never been to the southern border of the U.S. The result is a moving, visually gorgeous film that shows the issue of border security as much more complicated than people would like to believe.