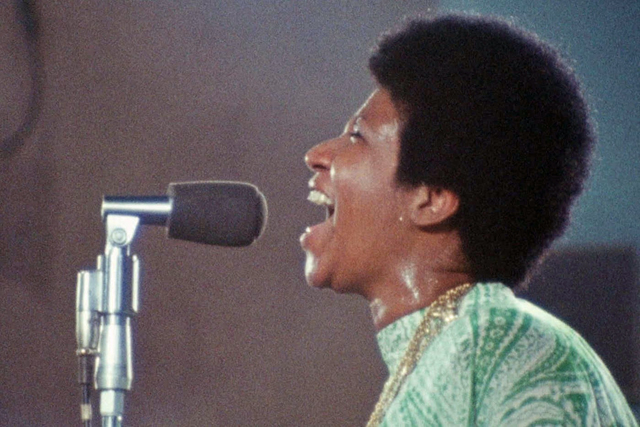 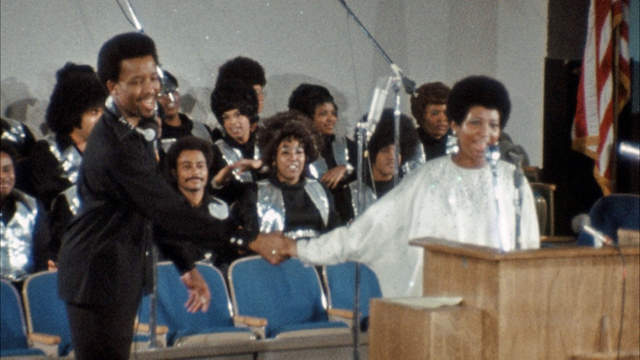 The newly released documentary “Amazing Grace” consists of much of the raw footage shot in 1972 when Aretha Franklin recorded her album of the same name. It became the highest selling album of her career and remains the most popular gospel album of all time.

No commentary or narration was added to the film. It’s just the Queen of Soul, along with Rev. James Cleveland and his choir at his church in Watts, California. We see the congregation who gathered to witness the two days of recording. Among them is Mick Jagger standing in the back.

Mostly, the experience of watching a rather shy and quiet Aretha in her prime, as she comes to life for every song, is exactly as the title suggests – “amazing grace.” 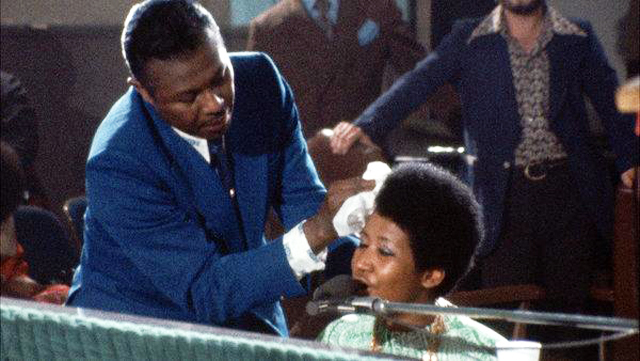 Why has it taken so long for this film to be released? Sydney Pollack was hired to direct it at the time, but mistakes were made during the process. As a result, there was no sound synchronization. Luckily, digital technology has now made it possible to correct the audio.

Pollack had asked producer Alan Elliott to finish the film, and Elliott has been working on it since 1990. His first cut was 3-1/2 hours long; it’s now trimmed to 87 minutes. Elliott says he even cut his favorite song from the album because in the final edit, it just didn’t fit. Maybe there will be an uncut version available at some point for those of us who would like to see every second of the footage.

If you are a fan of Aretha’s (and who isn’t?), this film is a must-see. It captures a special moment in time (while also providing a fun portrait of the fashion of its period), and we will never see its like again.