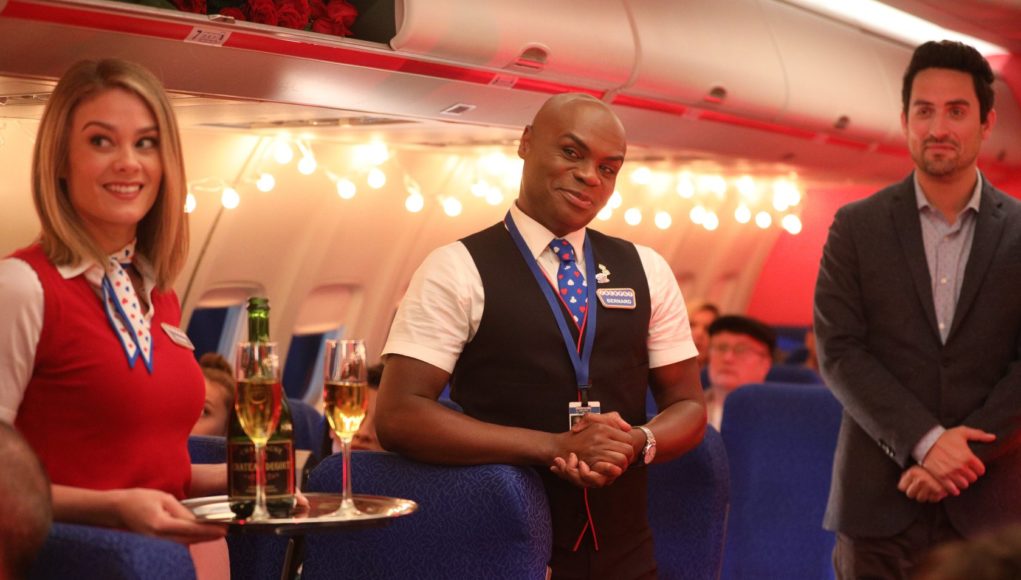 “LA to Vegas,” a TV series about a budget airline whose junket flight from Los Angeles to Las Vegas is filled with dreamers and party-goers, seemed to have soared right into a gap in the market, but Fox have brought fans of the show back down to earth by cancelling the sitcom after just one season of 15 episodes.

The sitcom market always feels like it’s on the verge of saturation, but “LA to Vegas” had the right ingredients to endure.

The series is based on the life of the flight crew and passengers who fly between the two cities with a discount airline. Airlines are not exactly a richly explored avenue of stories in television, with planes more often the premise for disaster movies. But “LA to Vegas” introduced the kind of diverse and relatable characters you’d expect to find on such an airline. Sadly, the laughs were cut short way too soon.

Will Ferrell served as an executive producer on the show, and Deadline reported that he was scheduled for an appearance in the Season 2 premiere. Of course, that will never happen now, and we can only speculate how a cameo from a Hollywood star could have affected ratings.

It’s not that the cast lacked star power to begin with. Dylan McDermott is a Golden Globe winner for “The Practice,” Kim Matula is an Emmy nominee for “The Bold And The Beautiful,” and Peter Stormare had a golden period in the 1990s where he was  featured in “Fargo,” “Armageddon” and the cult classic “The Big Lebowski.”

The universality of the characters formed the show’s greatest strength, even though the storyline only focused on a niche airline between LA and Vegas (in case that wasn’t clear from the title). Matula brought a charming world-weariness to her role as a flight attendant, while Captain Dave saw McDermott adroitly blending his acting chops with comedic talent.

Matula and McDermott’s characters have chemistry that remained refreshingly platonic, striking a balance between realism and comedy. Too often, sitcom characters veer so far into ridiculousness that they lose their humanising qualities, but “LA to Vegas” skillfully navigated around this obstacle.

While in the short term, this may have led on occasion to a lack of massive comedic pay-offs, in the long term it would have served the show extremely well.

It looks like we won’t get to see these characters develop because of the cancellation, although when Fox cancelled the sitcom “Brooklyn Nine-Nine,” it was snapped up by NBC within 31 hours. But the hugely popular “Brooklyn Nine-Nine” had the benefit of five successful seasons and a passionate fanbase. “LA to Vegas fans weren’t given the chance to become equally passionate, with an average of 2.3 million viewers, according to Variety.

“LA to Vegas” definitely had the potential to explore uncharted territory, with its exploration of life on an airline giving the sitcom the chance to venture into more nuanced or crazier narratives. Travelling between two iconic locations would have also granted a nearly endless source of comedic potential. 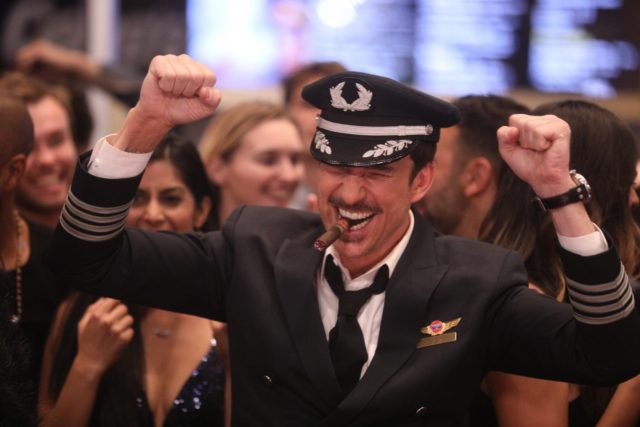 Of course, in a show about flying between LA and Las Vegas, it would be remiss for the characters to avoid the temptations of the dazzling lights and thrilling noise of Sin City, the perfect setting for a television show. The season’s penultimate episode “Captain Dave’s On A Roll,” finds the titular character of the episode looking to the casino tables in Las Vegas to pick up his spirits.

The strength of the characters ensures that this episode does not feel like a classic sitcom retread. We’ve gotten to know the characters at this stage, and therefore feel invested, even if they are participating in surreal activities. Having human elements in ridiculous situations is what keeps shows like this as grounded as the plane when they realise Captain Dave is not around.

Captain Dave, in fact, is on a winning streak at the casino. Viewers can empathise with him because he really needed a win at this stage. Dave’s reliance on superstition to keep his winning streak going is also a relatable and common quality; Betway analysed the significance of lucky numbers, with research uncovering that more than 80 percent of British people who participated in the survey carry a lucky number with them for their whole life.

Even The Guardian reported on research from the University of Bristol, suggesting that the human brain is wired to be superstitious. Whether superstitions have genuine power or just enhance confidence, Dave’s belief in them demonstrates a universal belief that increases his relatability.

Alas, Fox’s cancellation of the show may be an apt end to a show about an airline, but it denies us the chance to see these characters continue to develop. There are so many sitcoms that have endured ropey first seasons to go on and become some of the most popular television shows, with Screen Rant listing fifteen hugely popular shows that survived to spread their wings.

“Seinfeld” is perhaps the greatest sitcom of all time, but its first season battled with some entirely reasonable issues over the format of the show. However, when it found its feet, there was no stopping its success.

“Parks and Recreation” had a similarly sketchy first season, with Amy Poehler’s Leslie Knope too grating and overbearing in a show low on jokes. But the show went on to become one of the funniest and most heartwarming sitcoms of all time, with Knope going from grating to great.

This is not to say that “LA to Vegas” was destined to be another Seinfeld or “Parks and Rec,” but it certainly earned a longer stay on our screens. The show’s rating of 7.1 on IMDB shows promise at this early stage of the show, not unlike the ratings earned by most of the first season episodes of “Parks and Rec.”

With its interesting setting and likeable characters, “LA to Vegas” had the basic foundations in place upon which to build in subsequent seasons. While you can “never say never” about a show returning, “LA to Vegas” seems destined to become a one-season wonder.