The world premiere of LOVE, GILDA, a documentary about Emmy and Grammy award-winning comedian Gilda Radner, will open the 17th edition of the Tribeca Film Festival Wednesday, April 18.

Directed by Lisa D’Apolito, the film is an intimate portrait of the beloved Saturday Night Live cast member and told in her own words with readings from her personal diaries and featuring candid interviews with Chevy Chase, Bill Hader, Amy Poehler, Maya Rudolph, and Cecily Strong, among others, according to the press release.

Tribeca has stepped up to champion women filmmakers in previous years and this world premiere by a first-time female director continues this direction by celebrating Radner, one of the funniest and astute comics of her time whose cultural impact is still felt nearly three decades after her death.  Radner, who died when she was just 42 years old, made a number of movies but is mainly immortalized for her run on Saturday Night Live from 1975-1980. Roseanne Roseannadanna, Emily Litella, and Lisa Loopner were among her most classic comic characters and shot her to fame in television, movies, and on Broadway.

If you haven’t already you might want to read Gilda Radner’s memoir, “It’s Always Something.” Like many comedians, including Robin Williams, she had intense struggles and griefs, including contending with the death of her father from a brain tumor when she was only 12. She also suffered from eating disorders which she talks about in the book. But the crux of the book is about her struggle with ovarian cancer, and the many doctors who misdiagnosed her. The memoir is full of humor, wry observation and wisdom that keeps it from being a downer. This opening night film choice at this particular time when women’s voices are being heard more intently is an inspired choice by Tribeca.

According to the Tribeca Film Festival release, the mission of the festival is “to elevate the voices of some of the most exciting artists and storytellers working in contemporary film, where new film directors have been discovered from Damien Chazelle to Reed Morano, Heidi Ewing to David Gelb. Tribeca has been ahead of the curve in creating a space for all storytellers from those working in VR to TV to indie episodic work in the N.O.W. (New Online Work) section, which celebrates its 5th anniversary this year.”

“As a Festival that has always supported women’s voices and is largely run by women we are incredibly proud to celebrate the inimitable voice of Gilda during the opening night of our Festival,” said Jane Rosenthal, Co-Founder and CEO of the Tribeca Film Festival. “Gilda Radner was a powerful comedic force of nature who opened doors and thrilled audiences while becoming one of the most prolific comedians of a generation. Her cutting edge humor was only second to her dedicated leadership in cancer care with her eponymous Gilda’s Club.” 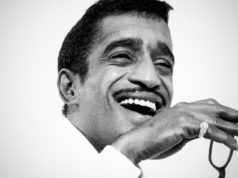