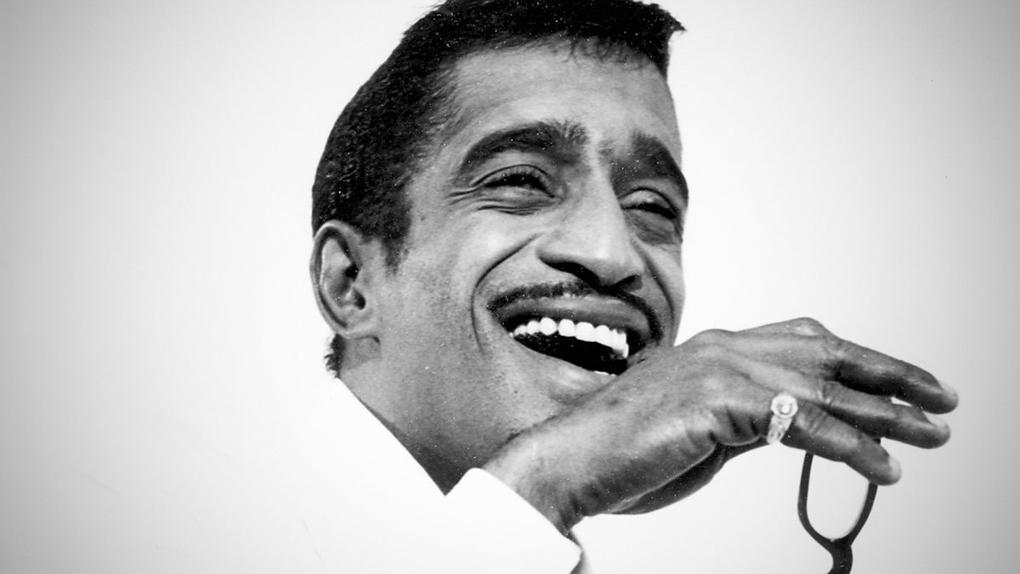 It’s about time someone made a documentary about Sammy Davis, Jr.’s consummate life. Directed by Samuel C. Pollard and written by Laurence Maslon, “Sammy Davis, Jr.: I’ve Gotta Be Me” is a well-rounded, fascinating portrait of a complex but astoundingly talented man who left us far too soon. 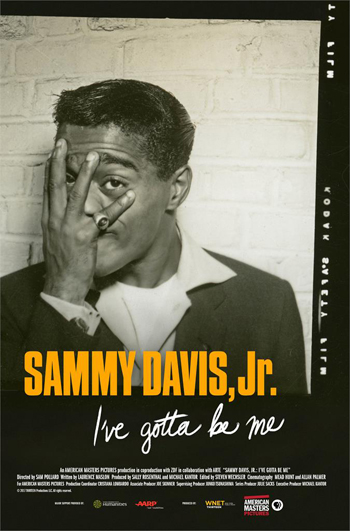 The film includes archival footage of Davis as a seven-year-old in a short film with Ethel Waters called “Rufus Jones for President.” He was already a powerhouse of talent as a singer and tap dancer. In fact, he was one of the very best hoofers around. As a trained tap dancer, I can say with authority that his tapping speed was truly phenomenal.

But many people aren’t aware that Davis was also an accomplished impressionist and musician, playing several instruments. He was, of course, a comedian as well.

The film includes sections in which it explores the many labels that one might give to Davis – prodigy, impressionist, survivor, rebel, leading man, activist, patriot, and hipster.

Born in Harlem in 1925, Davis went on the road as a performer as young as age ten. As a result, he never attended school. For someone educated outside of the classroom, he was always articulate, but he admitted in an interview included in the film that his writing skills were subpar – something that caused him to feel self-conscious and inferior.

While he broke ground as a successful black entertainer at a time when there were few, Davis experienced horrific racism throughout his life. While in the infantry, he was regularly beaten by white soldiers. They even urinated on him. While touring, he sometimes had to drive far away to stay at a hotel for African Americans. If he was allowed to stay in a hotel that served white people and dared to use the pool, the hotel sometimes drained it afterward for the white patrons who complained.

As an impressionist, he was the first black man to dare try impressions of white men. He performed spot-on impersonations of Humphrey Bogart, James Cagney, Cary Grant, Dean Martin, Jimmy Stewart, Frank Sinatra, and others.

Besides footage that shows Davis performing throughout his life – as a singer, dancer, impressionist, and musician – the film includes archival footage of some of his interviews over the years, as well as interviews done especially for the movie with people like Whoopi Goldberg, Billy Crystal, Quincy Jones, Jerry Lewis, Norman Lear, and Kim Novak.

The film covers the adversity that Davis endured in his life, including the car accident that cost him one of his eyes and the loss of his love, Kim Novak, due to Columbia Pictures head Harry Cohn. According to the documentary, Cohn actually put out a hit on Davis, telling him, “Marry a black girl within 48 hours, or you’re dead.” So Davis broke up with Novak and paid a girl he knew $10,000 to marry him temporarily.

Novak says in her interview in the film that she was in love with Davis and didn’t want to break up with him, but since interracial relationships were so controversial, neither of their careers would have survived. Later, when interracial marriage was slightly – but only slightly – more accepted, Davis married tall, blonde model May Britt and had three children with her. They were divorced eight years later, when Britt felt she couldn’t handle the fact that her husband was always on the road.

After he married Britt, the clubs where Davis played received bomb threats, and Nazis picketed outside. He received more threats when he was the first black man to kiss a white woman on stage in the musical version of “Golden Boy” on Broadway.

Oddly, the film completely leaves out Davis’ wife Altovise Davis, with whom he was married for 20 years and at the time of his death. He had one child with her, but she passed away in 2009.

In the 60s, Davis marched in Selma with Martin Luther King and traveled to Vietnam to entertain the troops. He took heat for that since the Vietnam War was so unpopular, but he said in an interview that he went there for the soldiers, not in support of the war itself.

Davis was also the first black man to sleep in the Lincoln bedroom in the White House during the Nixon administration, another association that caused him to be ridiculed. As the only black member of the Rat Pack with Dean Martin, Frank Sinatra, Joey Bishop, and Peter Lawford, he was criticized for being the butt of racist jokes. While Harry Belafonte says in the film that he feels they shouldn’t have done such jokes, Whoopi Goldberg seems to have a different opinion, saying everyone was fair game, as they also did Italian jokes and Jewish jokes.

For Davis, however, it kept him in a bit of a no man’s land – not fully accepted by the white community and also shunned by much of the black community, which saw him as a sellout.

Davis died of throat cancer in 1990 at the age of 64. Not long before his death, during a tribute to him that was aired on network TV, he tap danced with Gregory Hines, who would die of cancer himself in 2003 at 57. Michael Jackson also paid tribute to Davis during that show – another artist who passed away young at age 50 in 2009. It was sobering to see three such huge talents together, knowing none of them would have long lives.

Pollard’s film gives us a glimpse of this man who made such an indelible mark on the field of entertainment. When Davis passed away, Frank Sinatra said that his long-time friend was one of the finest human beings he ever knew in his life. “He was a wonderful, wonderful boy,” he said.

“Sammy Davis, Jr.: I’ve Gotta Be Me” is part of the DOC NYC Film Festival in New York Nov. 9-16, 2017. The 8th annual festival includes 111 feature-length documentaries (and 85 shorts) and will showcase over 250 films and events overall. Included are 23 world premieres and 23 U.S. premieres, with more than 350 filmmakers and special guests appearing in person. Visit DOCNYC.net for the schedule and ticket information.