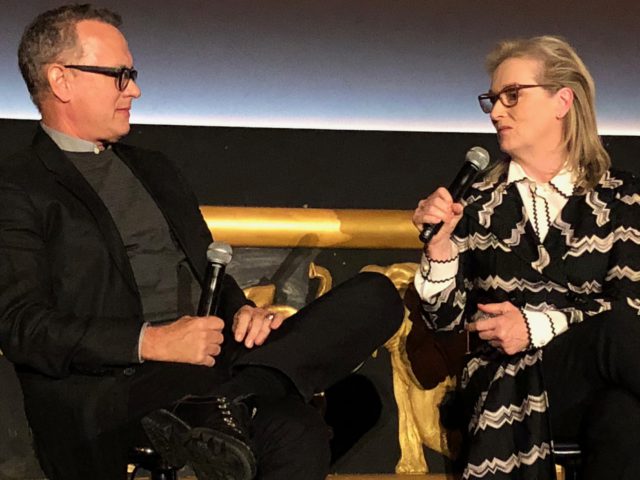 The National Board of Review announced their picks Tuesday and gave the best film prize to “The Post,” Steven Spielberg’s love letter to old-time investigative journalism. The stars of the film, Tom Hanks and Meryl Streep, who play Ben Bradlee and Kathryn Graham during the time of the Pentagon Papers, received top actor honors. They named Greta Gerwig as Best Director of the Year for “Lady Bird,” which had its world premiere at the New York Film Festival and has been receiving accolades ever since.

NBR President Annie Schulhof said, “THE POST is a beautifully crafted film that deeply resonates at this moment in time. We are so thrilled to award it our best film as well as to honor the wonderfully talented Greta Gerwig as our Best Director.”
The National Board of Review’s awards celebrate excellence in filmmaking with categories that include Best Picture, Best Director, Best Actor and Actress, Best Original and Adapted Screenplay, Breakthrough Performance, and Directorial Debut, as well as signature honors such as the Freedom of Expression and the NBR Spotlight Award.
The honorees will be feted at the National Board of Review Awards Gala, hosted by Willie Geist, on Tuesday, January 9, 2018 at Cipriani 42nd Street
The NBR hosts the glitziest awards party of the year held in New York, with many of the nominees usually making an appearance and gliding down the red carpet. The group does love its celebrities but also makes some credible choices. Several years ago they selected George Miller’s “Mad Max: Fury Road” as best film, the first awards recognition for the film, which went on to be nominated for the film. Mr. Miller was delighted by the NBR nomination and he turned up for the awards show.

As for how the NBR winners line up with Oscars predictions, not so much usually although last year they dovetailed in several categories. They were on the money with a best actor win for Casey Affleck for “Manchester by the Sea,” and Barry Jenkins for best director for “Moonlight” but predicted Amy Adams for “Arrival” when Emma Stone went on to win that prize for “La La Land.”

In the pst the National Board of Review is the best party in town and since it’s not televised and goes on for hours, with much alcohol consumed, the evening tends to get bawdy and loosey-goosey. This year may be different though. This year the awards party atmosphere has been tamped down with the sex scandals and horrific allegations roiling the industry. Still there are many fine films and performances this year and the NBR is rightfully celebrating them.

Below is a full list of the 2017 award recipients, announced by the National Board of Review:
Best Film: THE POST.

Breakthrough Performance: Timothée Chalamet, CALL ME BY YOUR NAME . 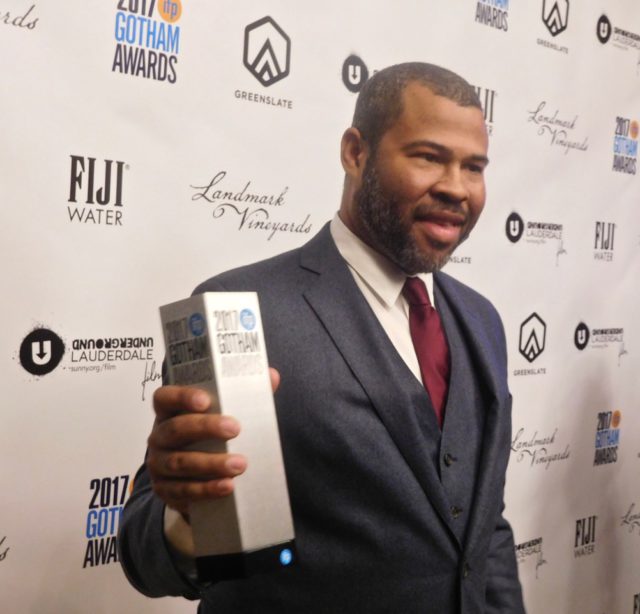 NBR Freedom of Expression Award: FIRST THEY KILLED MY FATHER.