Filmmaker Kelly Noonan Gores’ documentary called simply “Heal” is an exploration of mind/body medicine and the power of our bodies’ innate ability to heal themselves. She includes interviews with prominent alternative physicians and spiritual healers, as well as three people who have experienced difficult illnesses.

Among those interviewed are Deepak Chopra, Joan Borysenko, Bruce Lipton, Marianne Williamson, Greg Braden, Kelly Brogan, and Joe Dispenza, some of whom have a traditional medical education. 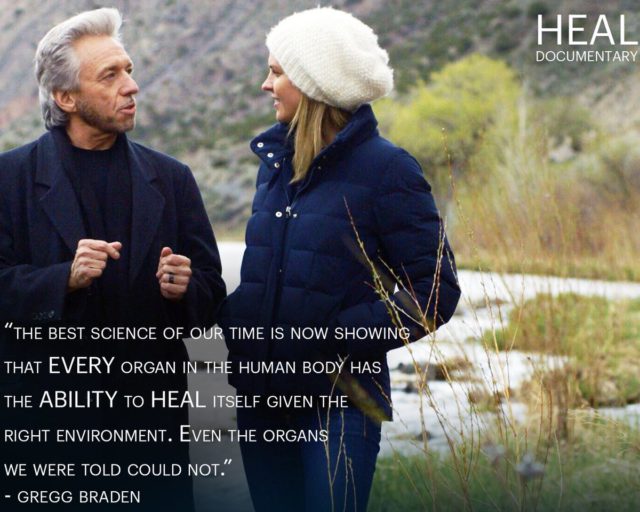 One of the patients profiled is a woman who was diagnosed with stage four cancer. While going through chemotherapy, she worked with a number of alternative practitioners and went into remission after one round of chemo. Three years later, she’s still cancer-free.

Another of the patients has struggled with pain and intermittent boils that remain a medical mystery. While she worked with several practitioners during the course of the making of the film, she was still without relief when the movie was finished. Gores makes clear that no healing modality is a panacea.

But as researcher Kelly Turner, Ph.D. says in the film, why shouldn’t people who experience success with non-traditional healing be studied more? Turner has traveled around the world to interview more than 250 people from all walks of life who have experienced radical remissions of different types of cancer.

She has compiled a list of 75 factors that these people used to heal, but the data showed that all of them used nine of the factors. Only two of those nine factors were physical, while the rest were mental or emotional in nature. While Turner is in no way saying that all people can heal in this way, she does feel strongly that further study is merited. 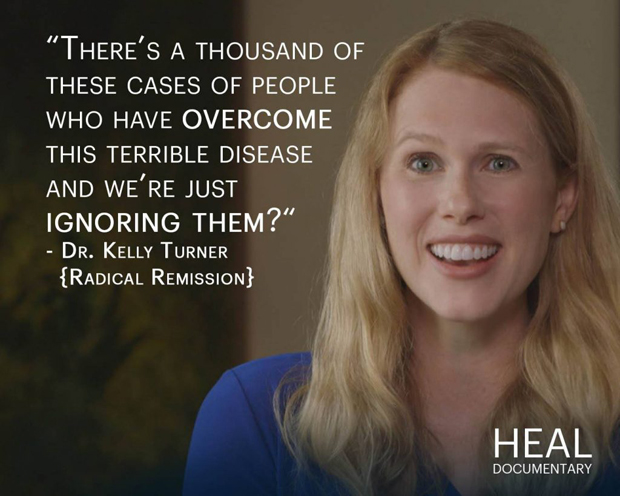 Joan Borysenko points out in “Heal” that there’s no question that our imaginations affect our physiology. If you imagine that you cut a lemon and lick it, for example, your salivary glands will respond even though you haven’t physically licked a lemon.

An organic chemist who is interviewed talks about his time in the pharmaceutical industry, when trials on a drug would inevitably show a large number of people responding just as positively to the placebo. This proved to him that belief changes how and whether we heal. The placebo effect can work, but negative beliefs are just as powerful to cause illness. 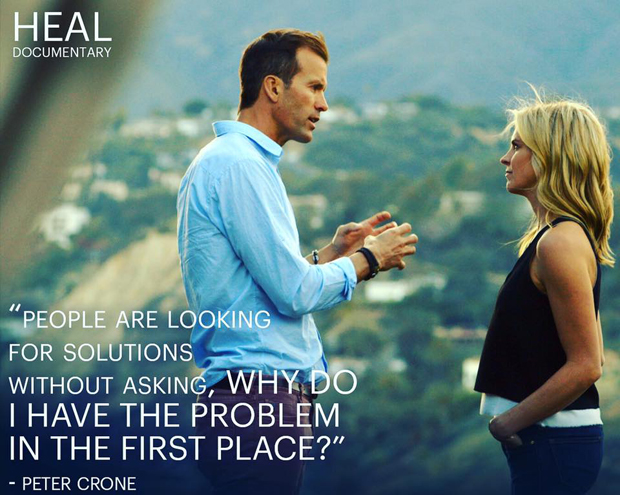 Gores does a good job of giving viewers a well-rounded overview of the subject matter. But at 1-3/4 hours, such a film can still only scratch the surface of a complex topic that’s controversial despite considerable evidence that the mind/body connection is real.

“Heal” is currently playing in New York at Village East.