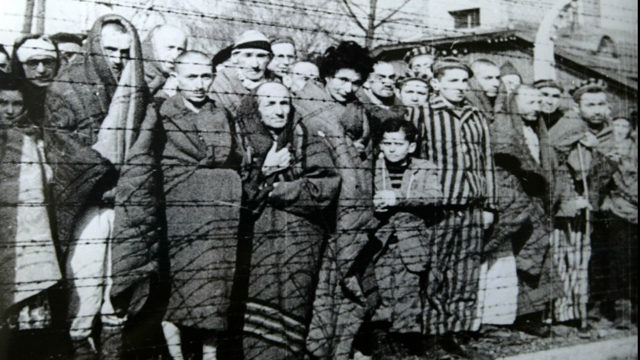 “Destination Unknown” is a powerful documentary in which 12 Holocaust survivors give first-hand accounts of their experiences during World War II. The film includes rare archive footage and photographs from the time, some of which include the subjects themselves, as well as family Super 8 footage of their lives after the war.

Besides telling us what they endured during the war, they talk of the emotional and psychological aftermath. Most of them continue to endure nightmares more than 70 years later. One woman talks of how her husband committed suicide because he couldn’t bear the memories.

Another tells of how he escaped over the Carpathian Mountains and found his father still alive 1-1/2 years after the war. Helen Jonas Sternlicht tells of how she was saved by Oskar Schindler from working in the home of Amon Goth, the notorious homicidal Nazi portrayed by Ralph Fiennes in “Schindler’s List.” According to the survivors who observed Goth at Plaszow concentration camp, he took great pleasure in shooting Jews as they worked.

The film includes footage of a man who weeps as he visits the spot where he last saw his mother. Another recounts his experience with medical torture. A woman tells of the day her camp was liberated. A soldier told her she had to walk, but she couldn’t stand and told him she wanted to die.

Ed Mosberg is one of the central subjects and the first person we see in the film, wearing a striped concentration camp uniform as an elderly man in present day. He remains passionate about telling people his story to make sure that the experiences of people like him and those who didn’t survive are never forgotten. A native of Krakow, Poland, Mosberg is the only member of his family who survived the camps. He married fellow survivor, Cecile, who still struggles to talk about her experiences without tears.

Mietek Pemper, who helped Schlinder compile his list, is also interviewed in the film. His account is of particular interest.

“Destination Unknown,” which refers to the fact that Jews had no idea where they would be taken when they were placed on the trains that took them to the concentration camps, was directed by British documentary filmmaker Claire Ferguson. Llion Roberts produced the film after spending 13 years interviewing the survivors. He was drawn to the subject matter after visiting Auschwitz-Birkenau.

The film is a beautiful and heart-wrenching account that’s so important for posterity. I wept through most of it and highly recommend it for those who feel they can handle the subject matter. I also want to commend composer Andrew Skeet for the stunning music he created for the film.