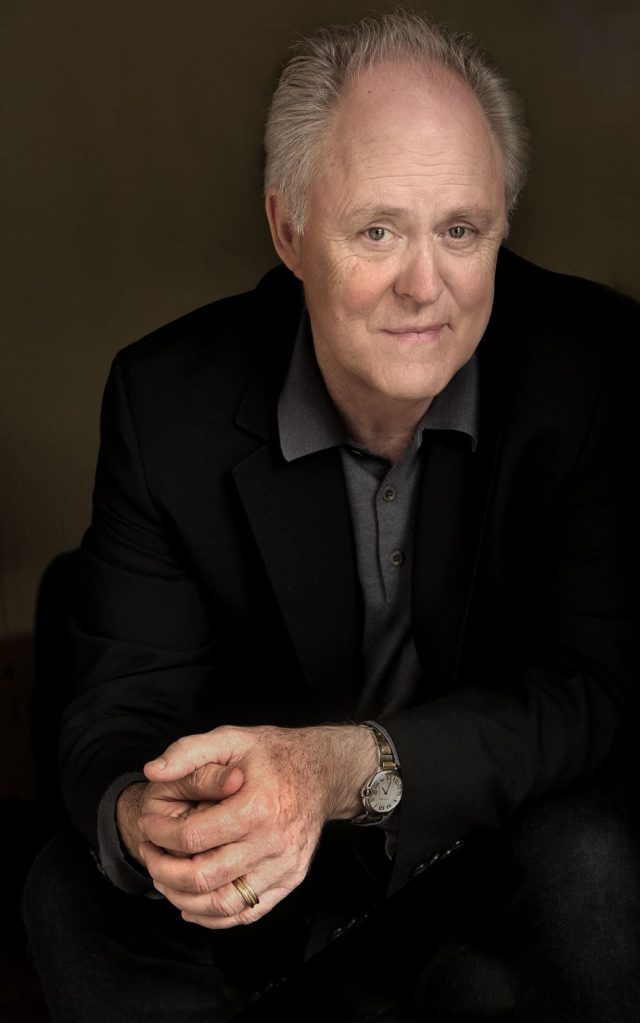 John Lithgow, who transformed himself to play Winston Churchill in “The Crown,” will be returning to Broadway beginning in December.

According to the press release, his one man show will evoke “equal measures of humor and heart, evokes memories of family, explores and expands the limits of the actor’s craft, and masterfully conjures a cast of indelible characters from classic short stories by Ring Lardner and P. G. Wodehouse.” One of my favorite Lithgow performances was his starring role as Rene Gallimard in “M. Butterfly” by David Henry Hwang almost three decades ago.

John Lithgow: Stories By Heart will begin preview performances on Thursday, December 21, 2017 and opens officially on Thursday, January 11, 2018. This is a limited engagement through Sunday, March 4, 2018 at the American Airlines Theatre on Broadway (227 West 42nd Street).

Stories By Heart first took shape in 2008 at Lincoln Center Theater directed by Jack O’Brien in a special repertory presentation, with Lithgow telling one story each night.  Since then he has evolved the play in theaters around the country, produced by Staci Levine, on evenings away from his filming schedule. Now, the Broadway debut of John Lithgow: Stories By Heart will be the culmination of this artistic development.

The design team will include John Lee Beatty (sets) and Kenneth Posner (lights).  The full creative team will be announced soon.

PERFORMANCE SCHEDULE:
John Lithgow: Stories By Heart will play Tuesday through Saturday evening at 8:00PM, Wednesday and Saturday matinees at 2:00PM and Sunday matinees at 3:00PM.

Highlights from Lithgow’s BIOGRAPHY:
JOHN LITHGOW’s roots are in the theater.  In 1973, he won a Tony Award three weeks after his Broadway debut, in David Storey’s The Changing Room.  Since then he has appeared on Broadway twenty more times, earning five more Tony nominations, another Tony, four Drama Desk Awards, and induction into the Theatre Hall of Fame.  His Broadway performances have included major roles in My Fat Friend, Trelawney of the ‘Wells,’ Comedians, Anna Christie, Bedroom Farce, Beyond Therapy, M. Butterfly, The Front Page, Retreat from Moscow, All My Sons, The Columnist, and the musicals Sweet Smell of Success (his second Tony) and Dirty Rotten Scoundrels.  In 2007, Lithgow was one of the very few American actors ever invited to join The Royal Shakespeare Company, playing Malvolio in Twelfth Night at Stratford-upon-Avon.  In 2008, he devised his own one-man show Stories by Heart for The Lincoln Center Theater Company, and has been touring it around the country ever since. In the early 1980’s, Lithgow began to make a major mark in film. At that time, he was nominated for Oscars in back-to-back years, for The World According to Garp and Terms of Endearment.  In the years before and after, he has appeared in over fifty films.  Notable among them have been All That Jazz, Blow Out, Twilight Zone: the Movie, Footloose, 2010, Buckaroo Banzai, Harry and the Hendersons, Memphis Belle, Raising Cain, Ricochet, Cliffhanger, Orange County, Shrek, Kinsey, Dreamgirls, Rise of the Planet of the Apes, The Campaign, This is 40, Interstellar, Love is Strange, The Accountant, Miss Sloane, and in 2017 the dramatic comedy Beatriz at Dinner with Salma Hayek. Later this year, audiences will see Lithgow again on the big screen in Pitch Perfect 3 and Daddy’s Home 2. Lithgow has been nominated for twelve Emmy Awards for his work on television.  He has won five: one for an episode of “Amazing Stories,” and three for his work on the hit NBC comedy series “3rd Rock from the Sun,” as the loopy character of the alien High Commander, Dick Solomon. During the show’s six-year run, Lithgow also won a Golden Globe, two SAG Awards, The American Comedy Award, and, when it finally went off the air, a Star on the Hollywood Walk of Fame. Additionally, his diabolical turn as the Trinity Killer in a twelve-episode arc on Showtime’s “Dexter” won him his second Golden Globe and his fifth Emmy.  Most recently, Lithgow starred as Winston Churchill in Netflix’s original series, “The Crown,” for which he has received a nomination for Best Supporting Actor in a Drama Series in this year’s upcoming Emmy Awards.  This past March, Lithgow starred in the new NBC comedy series, “Trial & Error.” Since 1998 he has written nine New York Times best-selling children’s picture books, most recently Never Play Music Right Next to the Zoo.  He has performed concerts for children with major American orchestras and has released three kids’ albums, Singin’ in the Bathtub, Farkle & Friends, and the Grammy-nominated The Sunny Side of the Street. 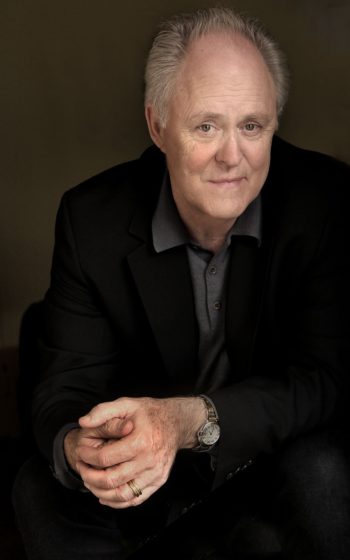 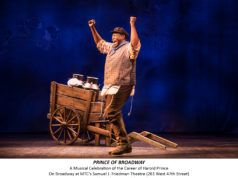 ‘Prince of Broadway’ Celebrates the Career of the Theater Legend