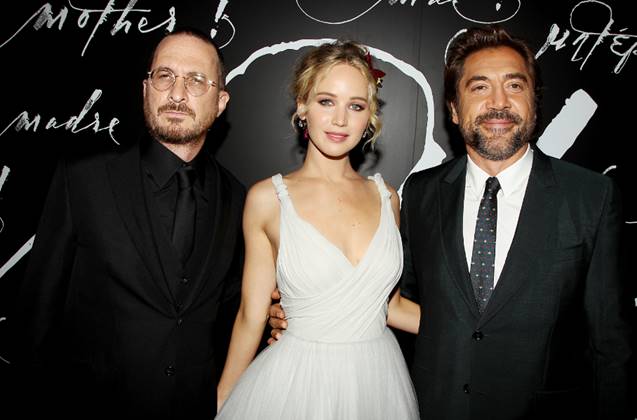 I’ve never been to a premiere where the director warned the audience they were going to hate him even before they’d seen the film. But at Wednesday’s night mega premiere of “Mother!,” a psychological horror thriller starring Jennifer Lawrence, writer-director Darren Aronofsky told the audience just that.

Before the screening, the Brooklyn born writer-director gazed up from the stage into the mezzanine — for some reason the orchestra was half empty — and told the enthusiastic audience, “This is awesome! Look at all these people up there! This is not your normal movie to show at Radio City.”

He was referring to movies screened at Radio City that were more men the vein of “The Sound of Music.”

He told the audience, “You’re all laughing and smiling now, but you’re really going to hate me in about an hour and a half, so really I’d like to apologize for what’s going to be happening in about 90 minutes.”

Aronofsky wasn’t exaggerating when he added, “This film takes you to new places.”

The 48 year-old filmmaker has a singular vision in all his films, which include “The Wrestler,” “Noah” and “Requiem for a Dream.” My favorite Aronofsky film is “Black Swan,” for which Natalie Portman received an Oscar and like all his films has a gonzo take-no-prisoners ending.

In “Mother!,” Jennifer Lawrence embodies every woman. She plays the long suffering much younger wife of a celebrity poet — are there such people? — played by Javier Bardem. Even worse this cold, insufferable man has writer’s block and thrives on the adoration of his fans. During the course of the film there are visitors who come and go to the couple’s remote run down Victorian mansion. The wife spends her days on this fixer upper, located in the middle of nowhere, with no driveways or streets in sight. The visitors from hell who arrive unannounced are played by Ed Harris, Michelle Pfeiffer, brothers Brian and Domhnall Gleeson and Kristen Wiig.

In his introductory remarks from the stage, Aronofsky added, “I really wanted to make a film not about my mother, not your mother, but about ‘our mother.’ I was thinking how it must feel to have all these guests who really don’t show you much respect. With that in mind I attacked my computer and vomited on you guys.”

The director ended his remarks by praising his star, who is in every frame of the movie and who he is reportedly dating: “When you have to find a right source to hang your movie on, it’s a really tall task. As you will see, what this talent did, it’s just incredible You’re with her for the next two hours and she glows brighter than any projector in the world, the once in a generation talent, Ms Jennifer Lawrence.”

It was a spectacular evening whatever you thought of the film. But the best part was the surprise performance of Patti Smith, who began playing with her band as the end credits of the film were rolling. Smith sang a terrific rendition of “Because the Night,” which some audience members missed: shellshocked by the movie’s cataclysmic ending, some of them had already bolted for the exits.

You can view Smith’s performance of “Because the Night” here:
https://www.youtube.com/watch?v=W9I6L3N7i8Q. 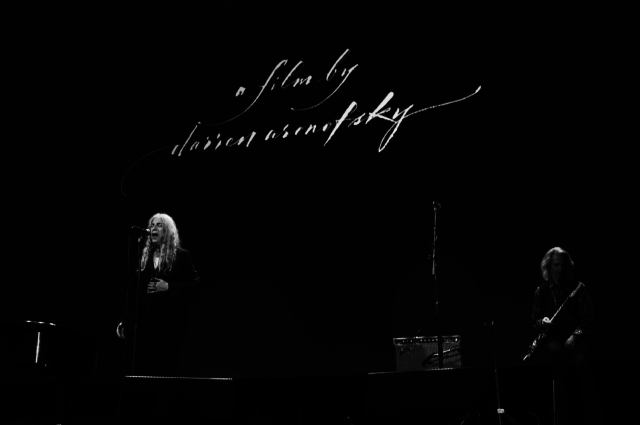