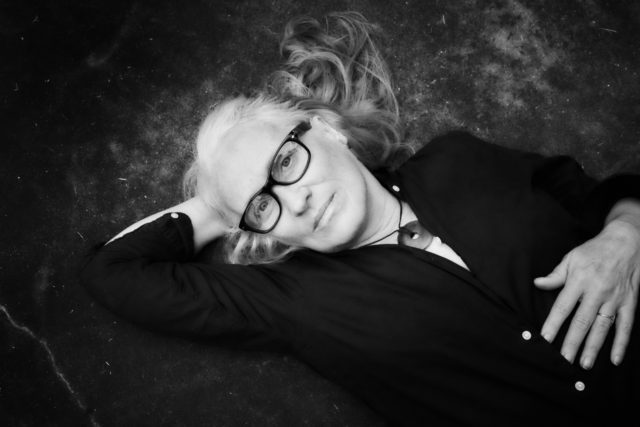 During the 70-year history of the Cannes Film Festival, writer-director Jane Campion is the only woman to win the Palme d’Or. She received the top prize all the way back in 1993 for “The Piano” starring Holly Hunter and Harvey Keitel. (Sofia Coppola became the first woman in 56 years to win Best Director this year for her Civil War thriller “The Beguiled.”)

Over the years Cannes festival director Thierry Frémaux has received flak for the dearth of women filmmakers who have won awards or even been represented at the festival. Campion, who was born in New Zealand and now lives in Sydney, Australia, has been carrying around the “only woman to win Palme d’Or prize mantle” for much too long, as she’s often said.

The Film Society of Lincoln Center is presenting a film retrospective of Campion’s work through September 17, showing every single one of her films on 35 mm, along with a presentation of her television works and shorts. It’s an impressive and comprehensive series and not to be missed. It’s also about time.

Amazingly it is Campion’s first retrospective. She’s declined previous attempts she told Dennis Lim, the director of programming at the Film Society of Lincoln Center Friday night during a conversation, because she “liked looking forward and not back.”

The filmmaker agreed this time she said because of the upcoming sequel to her highly successful 2013 crime drama “Top of the Lake,” starring the very hot Elisabeth Moss. “The Handmaid’s Tale” star reprises her performance as officer Robin Griffin in the gritty Sundance six-hour Australian miniseries, “Top of the Lake: China Girl,” which premieres Sunday, September 10. (Saturday evening the Film Society will screen the first two episodes.)

The filmmaker has written a major role in “China Girl” for her 23 year-old-daughter, Alice Allegra Englert. She plays Robin’s complicated and bratty daughter, who she gave away for adoption 17 years earlier. “Writing a part for Alice was part of what inspired me to do the show. She’s spent so much time with me (while I was) focusing on my work,” Campion said, that “I wanted her to be a direct part” of this.

Campion’s last feature film was the lyrical Keats drama “Bright Star” in 2009. Going into television seemed a natural segue because movies began to feel too commercial.

“When I first got involved in cinema, when I first fell in love with cinema, it felt like the most dangerous, exciting, edgy place for ideas,” said Campion, “but as time went on it felt like a more and more conservative crowd pleasing event.”

She rediscovered some of this same excitement in the miniseries format.

“I really love novels and I love that sort of length. i was watching television one night and I saw ‘Deadwood,’ and I rose from my chair and I went, “Oh my God, television can do this?’ It was so brave and amazing and incredible and raw and touched me and inspired to think this is where freedom is actually.”

Campion’s win of the Palme d’Or is often trotted out as an example by Cannes administrators of the festival’s feminism. Rarely though do they mention that she shared the top prize that year with the male director of “Farewell My Concubine.”

Campion walked the red carpet again at the Cannes Film Festival this year, holding David Lynch’s hand. During Friday’s conversation she cited Lynch as a major influence on her work

As for Cannes poor track record for showcasing the work of female filmmakers, Campion remarked, “The festival has been good to me, but every year I have suggested to Thierry the idea they should have an all-female jury. I think it would be great because for the very first time, all those male filmmakers would have to think, ‘What are the women thinking? What are the women going to like about my movie?’”

She added, “I’ve spent my whole life thinking, ‘What are the men thinking?’ I really think it’s about time, and would be beautiful for them if they started thinking in a different way than they’ve ever had to think before.”

The film that garnered her the Cannes top prize was also the most commercially successful indie film of all time. “We were actually pretty surprised,” said Campion of the film’s success. “We thought we were making a small art house movie.”

Asked why she thought the film resonated so much with audiences, Campion said, “I guess it’s such a female point of view and the fact that she doesn’t speak… Her stubbornness and strength… I think it speaks a lot about women not being given a voice in the world, which is not to say we don’t have an opinion.”

Making a film where the protagonist doesn’t speak  was a challenge Campion admitted. But she and Hunter talked it through, deciding on how to use sign language and to make the character understood.. Also Campion said they had a shared sensibility. “We’re kind of blokey girls in a way. There’s a good bloke in each of us.”

But by the end of the film, Hunter told the director, “I feel so sad.’ And I said, ‘Why Holly?’ And she said, “Well this is almost the very last scene that we’re shooting and I still haven’t said anything.”

There is the podcast of the interview: https://www.filmlinc.org/daily/the-close-up-jane-campion-talks-top-of-the-lake-and-her-career/.