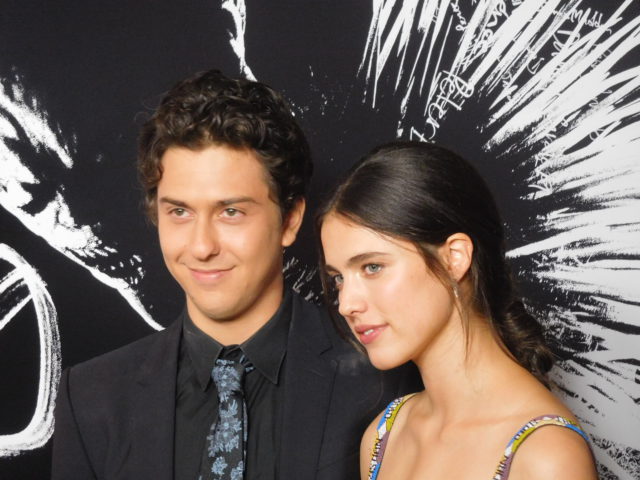 Nat Wolff stars as high school student Light Turner in horror story “Death Note,”  loosely based on the famous Japanese manga written by Tsugumi Ohba and illustrated by Takeshi Obata. Airing on Netflix August 25, this two-hour American version, directed by Adam Wingard (“Blair Witch”), is darker than the popular Japanese original, which was first serialized in 2003 and has more than a 100 chapters.

“Death Note” follows the story of Light (Wolff), a super bright teenager who comes into possession of a supernatural notebook that literally falls from the sky. The owner of this book has the power kill anyone whose name he inscribes in this tome while visualizing their face. At first Light uses this power against bullies and criminals. Then intoxicated with his power or sense of right and wrong – the audience can judge – he begins to kill those he believes unworthy of life. He finds an adversary in the enigmatic brilliant inspector L, who has a fascinating back story and who is out to find and stop Kira, the owner of the Death Note. (Margret Qualley plays Mia, Light’s girlfriend, who becomes equally entranced and drawn into the unlimited powers of the notebook with Light.)

So is Light a good or a bad guy I asked producer/actor Maski Oka?

“That’s for you to decide. Everyone is good and bad. It’s what they believe in. No bad person thinks what they are doing is an evil thing right? In their minds what they’re doing is they’re saving the world. It’s all a matter of perspective. So this is a story about Light and his choice about who he believes is good and evil and bringing justice to those around it, but his method might be different from another person’s method.”

LaKeith Stanfield, who is so a very hot actor now and brilliant in “Crown Heights” did all his interviews on the red carpet in character as his oddball but fascinating character L. When asked why drew him to the part, he said in a monotone, “It was a chance to bring Kira to justice. I couldn’t miss that opportunity.” 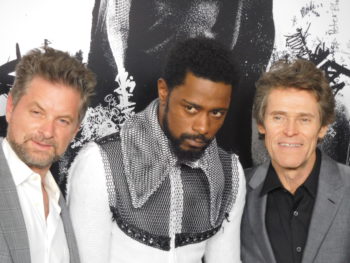 Nat Wolff told journalists on the red carpet that he was a big fan of manga and anime and that when he found out that Wingard was attached he knew the director would do something that hadn’t be done with it before. “He’d have a unique take on it because his other movies, ‘The Guest, had such a satirical sense of humor and edge. I thought it didn’t seem to me to be much point in doing what they’d already done with it (in Japan) and that Adam would turn it on its head, doing something strange and different with the material.”

I asked the actor about his character and how he saw him evolve from someone wanting to right wrongs to a person who killed people he deemed unworthy.

“That was one of the parts that attracted me to the part was watching somebody with all this power and watching him spiral out of control. So when I got the part I thought, why don’t I make my own Death Note and see how that goes. I made one and I thought I wouldn’t be able to think of any names but ten names in I was like, maybe anybody with this much power it would get to their head.”