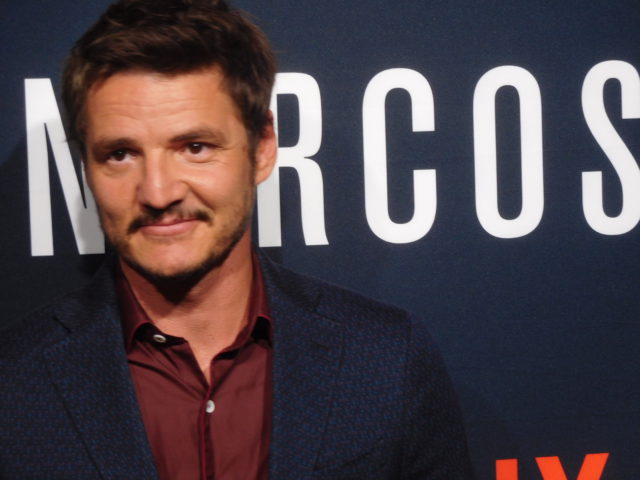 “Narcos” star Pedro Pascal celebrated the third season premiere of the acclaimed Netflix series in Manhattan last week with his cast and crew at the AMC Lincoln Square.

Season Three of “Narcos” features a repertory of actors, many of whom turned up to walk the red carpet with Pascal and “Narcos” director Andres Baiz, who all greeted each other like long-lost friends and mainly in a flurry of Spanish.

This season the action shifts from the hunt for Pablo Escobar (played by award-nominated actor Wagner Moura) to taking down the malevolent but charismatic godfathers of the Cali Cartel.

Pascal plays DEA agent Javier Peña, the only character who appears in all three seasons. Peña has become more jaded and cynical even if he’s as driven to stop drug-related criminal activity, he comes to realize this may be a hopeless cause.

Escobar may be gone, but the show has evolved and become even better. The godfathers of the Cali Cartel are complex and fascinating in the way they see themselves and their connection to their families, institutions and country. Their paranoia and insistence on loyalty from everyone in their orbit makes their actions relatable if not tragic. But in case we become too charmed by these characters, the show makes the point that their criminal activities reached far and their control of the cocaine trade fed the addictions of even more Americans than Escobar.

The troupe of actors feature Francisco Denis and Damian Alcazar (Miguel and Gilberto Rodriguez respectively), along with Alberto Amman (Pacho Herrera) and Pepe Rapazote (Chepe SantaCruz Londono). (All attended the premiere except for Spanish actor Alcazar, who plays the elder statesman of the group.)

Sharing tidbits about the upcoming season, Pascal told reporters on the red carpet of his character, “I get a promotion.” At the end of last season, Agent Peña helped take down Escobar, but things don’t get easier; he’s still battling a crooked system and bought officials, police and politicians.

“The Cali Cartel has more money, more reach,” said Pascal. “They were just more hidden, which is why they were more successful and insidious as cocaine kingpins… We are dealing with a different enemy.”

Pascal enthused about shooting in Colombia, “Cali is the world’s capital of salsa. There’s different food, more humidity. The people are terrific.”

The show features vivid party scenes with terrific dancing, music and food. Often the extreme violence is in the midst of the partying. Spoiler Alert: For example, In the first episode the flamboyant Pacho kills someone with is motorcycle at a crowded party in a scene as grisly as anything out of “Game of Thrones.”

The show is based on real life people and situations. Michael Stahl-David told me his character was based on a real DEA agent, and he the pointed to a tall man with blonde hair on the red carpet standing near the director. I asked if he had received tips on how to play him.

“We talked a lot about what actually happened. The most sensational aspect was the sense of paranoia, the sense of always having to watch your back and the tactics that you employ when you know you’re under surveillance,” said the actor. “Your back is always to the wall. That vigilance lends a real tension to the experience.”

After the screening Pedro Pascal partied with cast members and guests at Cantina Rooftop on 48th Streets.

Watch the New Trailer for ‘Mozart in the Jungle’ Season 4