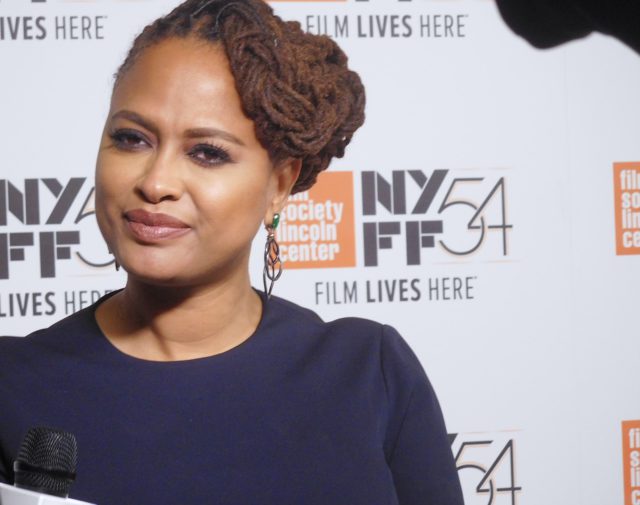 Ava DuVernay will bring the historic case of The Central Park Five to life in a new dramatic limited series which finds her retiming with Netflix after “13th.”

The brilliant “Selma” director will also write and direct the narrative, five-episode series, which will be executive produced by Jeff Skoll and Jonathan King from Participant Media, Oprah Winfrey/Harpo Films, Jane Rosenthal and Berry Welsh from Tribeca Productions, and DuVernay.

Said DuVernay in the Netflix press release, “The story of the men known as Central Park Five has riveted me for more than two decades. In their journey, we witness five innocent young men of color who were met with injustice at every turn – from coerced confessions to unjust incarceration to public calls for their execution by the man who would go on to be the President of the United States.”

After DuVernay’s powerful documentary “13th,” which focused on the injustice in our criminal judicial system, proved there is no one more suited to turn a lens on the story of a 1989 case that involved five teenagers wrongfully accused of raping a woman jogging in Central park. A serial rapist confessed to the crime after the youth spent 13 years in prison.

The press release from Netflix notes that each part of the five episodes will focus on one of the five teenagers from Harlem — Antron McCray, Kevin Richardson, Yusef Salaam, Raymond Santana and Korey Wise — wrongly convicted of raping Trisha Meili in Central Park. The series will span from the spring of 1989, when each were first questioned about the incident, to 2014 when they were exonerated and a settlement was reached with the city of New York.

So far no cast members have been announced.

I met several of the teenagers at a special screening of the Ken Burns documentary on the same subject in 2012. I was struck by how calm the now grown men were, and how they were remarkably free of bitterness and anger. In fact several of them told me they never would have survived if they had spent all those years they were incarcerated being angry. A recent article in the New York Times, wrote of how three of the men finally celebrated their high school graduation. (https://www.nytimes.com/2017/06/26/nyregion/central-park-jogger-case-honorary-diplomas.html.)

Donald Trump made one of his first forays into politics when at the time of the teenagers’ arrest – without using their names – accused them of being guilty, used racial stereotypes and placed ads in four of the major New York newspapers demanding New York State restore the death sentence. Who do you think should be cast as Trump?

When “13th” opened the New York Film Festival, Ms. DuVernay spoke of the many political and socially conscious reasons she had for bringing the subject of the film to life. It feels also appropriate here:  “Hopefully it’s not disposable entertainment, I hope that it sticks to your ribs. For me, I was off on a tour of two sides of a coin, the struggle and the survival. This is not a documentary that’s all about black tragedy and chaos. It’s about black survival and joy as well.”