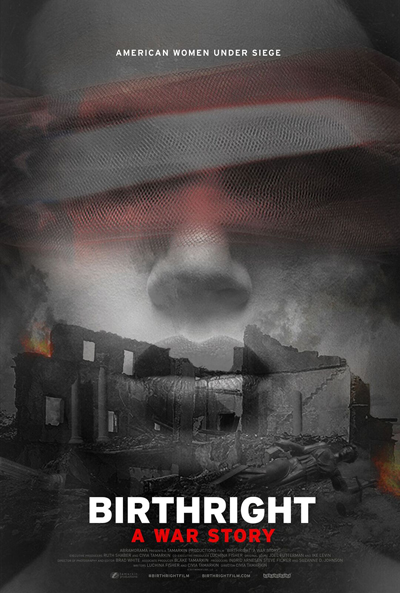 From the title and the very beginning of “Birthright: A War Story,” you know it will be an in-your-face, no-holds-barred account of the abortion issue. Before the opening credits begin, we see the faces of women who have been collateral damage as a result of the laws regulating women’s health.

What follows, however, is at least a bit more even-handed than the opening, with interviews from people on both sides of the issue. Granted, the filmmakers were able to get more pro-choice voices to agree to be in the film.

While the documentary does provide a history of the issue, what’s most compelling are the interviews with families who have been directly affected by various state abortion laws. In one case, the baby stopped developing at 22 weeks and had almost no chance of living after birth. The mother asked her doctor to help her decide if it made sense to try to keep her daughter alive or if they would be selfish to force a baby to go through painful medical interventions for nothing. But the law in her state didn’t allow for labor to be induced, so she had to carry the baby to term, even though doing so risked her life.

The father’s interview is particularly heart-wrenching, as he says that he was faced with the possibility of losing the love of his life and having to raise their two-year-old on his own. Luckily, the mother survived, but it was touch and go. The baby was born, and they watched her die in front of their eyes.

Other laws brought up in the film are those that prosecute women for having involuntary miscarriages. Women across the country are already going to jail for this. In one case, a woman attempted suicide and was sent to jail (instead of treatment for her mental illness) because she was pregnant and the infant died.

“Birthright: A War Story” was directed by Civia Tamarkin, who co-wrote the film with Luchina Fisher. It will be released in theaters starting July 14 in New York, followed by additional cities across the country, including Los Angeles, Chicago, San Francisco, Washington D.C., and more to be announced.