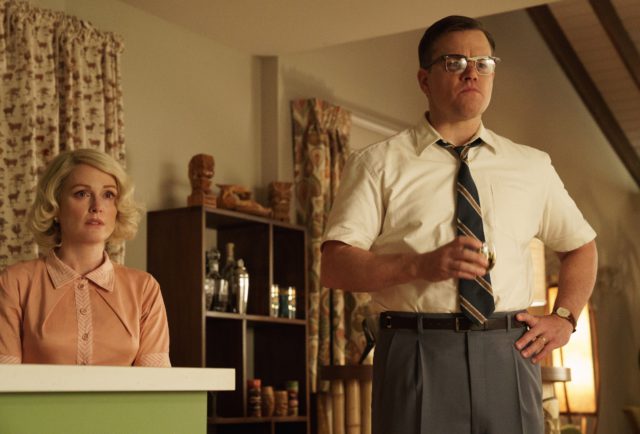 George Clooney’s “Suburbicon,” co-starring Julianne Moore and Matt Damon, will screen in Toronto but is expected to premiere in Venice. Slated to open in theaters October 27, 2017, the film also stars Noah Jupe and Oscar Isaac. The Coen brothers wrote the script along with Clooney and his longtime business partner Grant Heslov.

From the press release: “Suburbicon is a peaceful, idyllic suburban community with affordable homes and manicured lawns…the perfect place to raise a family, and in the summer of 1959, the Lodge family is doing just that. But the tranquil surface masks a disturbing reality, as husband and father Gardner Lodge (Matt Damon) must navigate the town’s dark underbelly of betrayal, deceit, and violence. This is a tale of very flawed people making very bad choices. This is Suburbicon.”

Damon also appears in the hotly anticipated new Alexander Payne film, “Downsizing,” a satire co-starring Kristen Wiig, in with they play a couple who decide to shrink themselves. 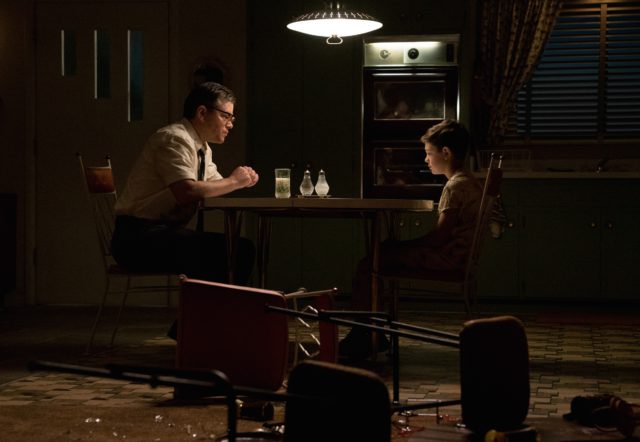