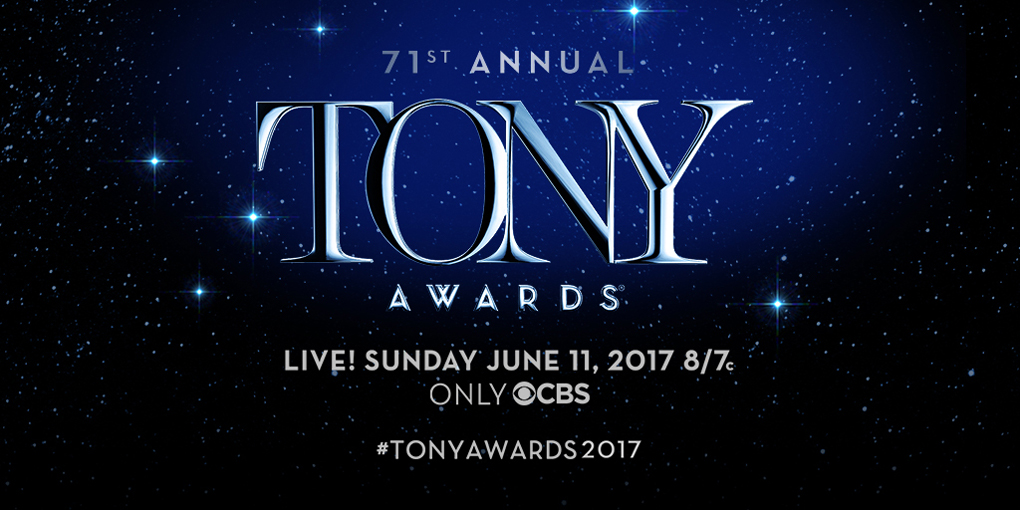 Starting at 1:00 PM, a Facebook Live of epic proportions invites people across the globe to share, celebrate, and bond over how #TheatreInspires. With exclusive footage of performers backstage, this Facebook Live showcases content from over 30 shows—long-running favorites, hits from this season, and shows to come in 2017–2018. The entire Broadway community will band together in a whole new way.

The red carpet rolls out at 5:00 PM; the Tony Awards Facebook channel will share CBS’ Facebook Live of the event, and the Tony Awards website will stream the NY1 Live Webcast as well. At the same time, the Tony Awards’ 2017 Giphy page will get a brand new batch of content as it happens.

Viewers can also check out closeups of the stars’ fashion on the Tony Awards’ Instagram, join the conversation on Twitter with #TonyAwards2017, and catch the most candid video content by following Snapchat’s Tony Awards’ Live Story.

During the broadcast, the Tony Awards’ Instagram Stories will reveal performers’ offstage exhilaration. And the Tony Awards’ final Facebook Live of the night – the “Thank You Cam” – will showcase authentic moments with the newest Tony Award winners. The complete, rich social conversation will be live on the Tony Second Screen, where all Tony Awards social content will aggregate during the telecast.

The American Theatre Wing’s 71st Annual Tony Awards, hosted by Tony and Academy Award-winning actor Kevin Spacey, will air live from Radio City Music Hall on the CBS Television Network on Sunday, June 11, 2017 (8-11 PM ET/delayed PT). The Tony Awards, which honors theatre professionals for distinguished achievement on Broadway, has been broadcast on CBS since 1978. The Tony Awards are presented by The Broadway League and the American Theatre Wing.