BBC AMERICA announced today that Sandra Oh (Grey’s Anatomy, Sideways), has been cast in the title role of the network’s new series Killing Eve. What’s got me excited about the eight-episode drama is that it is the brainchild of the brilliant Phoebe Waller-Bridge, whose series “Fleabag” on Amazon is so original and savvy that I’ve been looking forward to anything she does.

The BBC press release describes “Killing Eve” as “a dramatic thriller revolving around a psychopathic assassin and the woman charged with hunting her down.  It is a combination of brutal mischief making and pathos, filled with sharp humor, originality and high stakes action.” The show will air in 2018.

Phoebe Waller-Bridge, commented, “I am quivering with excitement about working with Sandra! I have been a huge fan of hers forever and am pinching myself that she is playing our Eve. She is going to be so badass in this role.”

Sarah Barnett, BBC AMERICA President, commented, “Sandra Oh has the ability to go from wrenching to funny to total mess with a genius lightness of touch.  Phoebe’s vision is absolutely original, and Sandra is utterly perfect casting we think for this key role.”

Based on the novellas by Luke Jennings, BBCA’s Killing Eve “centers on two women; Eve is a bored, whip-smart, pay-grade security services operative whose desk-bound job doesn’t fulfill her fantasies of being a spy. Villanelle is an elegant, talented killer who clings to the luxuries her violent job affords her.  Killing Eve topples the typical spy-action thriller as these two fiercely intelligent women, equally obsessed with each other, go head to head in an epic game of cat and mouse. “

The role of Villanelle has so far not be cast according to BBC publicity. I’m hoping that Waller-Bridge, the creator of the show, will step in to co-star in this intriguing, hotly-anticipated show. 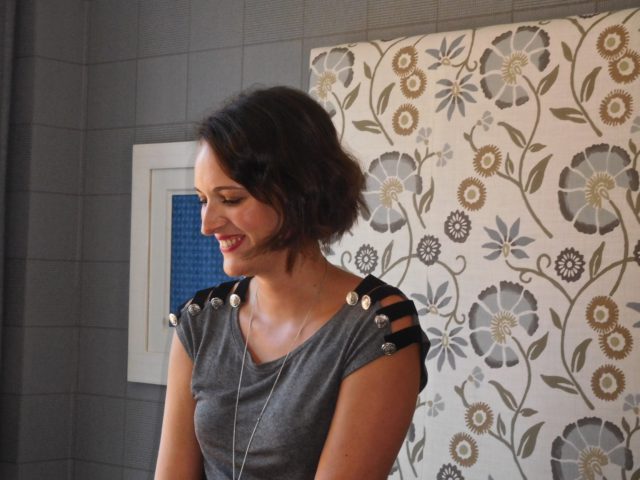