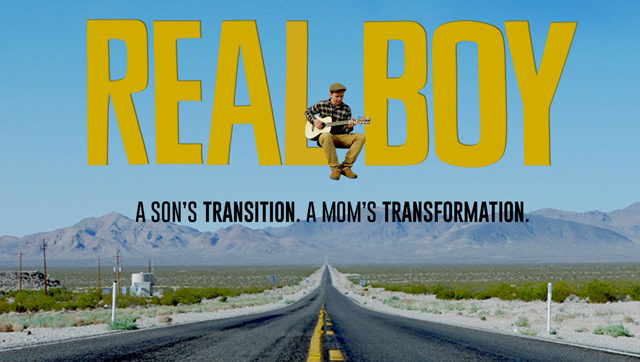 Independent Lens will air the documentary “Real Boy” on PBS June 19, 2017 at 10pm ET (check your local listings). An intimate story of a family in transition, the film follows trans teen Bennett as he deals with the physical and emotional ramifications of changing gender identity from female to male.

We also meet Bennett’s mother, Suzy, who struggles in the beginning to accept the loss of her daughter Rachael, who is now her son. “All I want is to be loved by my family, but for my family, it’s not as simple as that,” says Bennett. “It’s complicated for them.”

The film includes home movies of Bennett as Rachael, who at age five, begged for a suit jacket. When Bennett reaches adolescence, however, he deals with the pain by turning to music, but also substance abuse. He finds solace in befriending others like him, as well as his idol Joe Stevens, a celebrated transgender musician.

The doc was filmed over four years, so we watch as Bennett’s mother begins to accept her son’s transition and become closer to him. Unfortunately, other members of his family still refuse to accept him.

Produced and directed by Shaleece Haas, the film even follows Bennett and his friend as they go through the sex change surgery process. The movie ends with Bennett’s beautiful song tribute to his family.

The biggest strength of “Real Boy” is that Haas manages to create a moving story without being manipulative. Hopefully, the doc will help people better understand the experience of people like Bennett.

The film will be available for online viewing on the Independent Lens website beginning June 20, 2017.