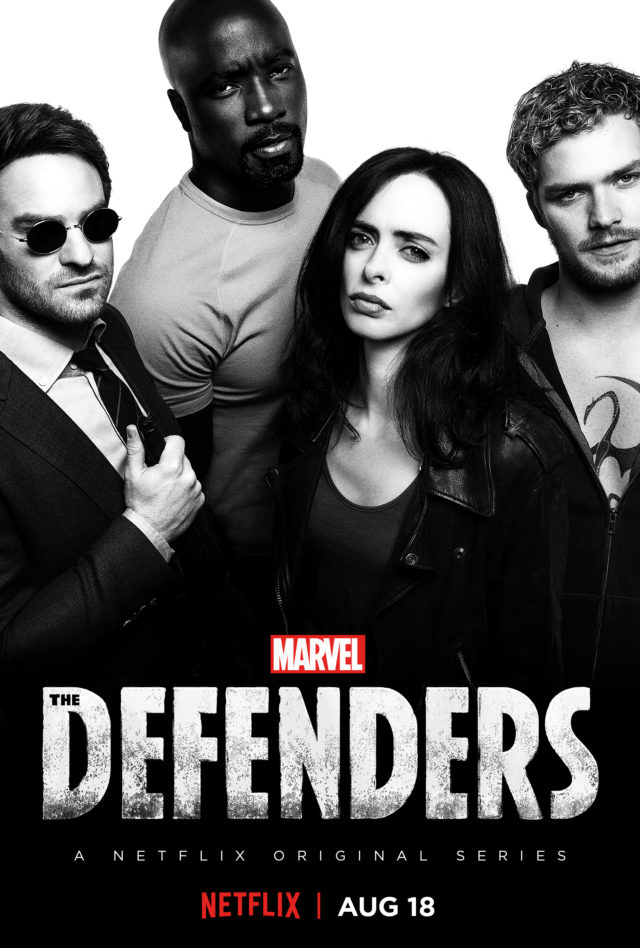 The art portrays the four Defenders — Matt Murdock/Daredevil (Charlie Cox), Jessica Jones (Krysten Ritter), Luke Cage (Mike Colter) and Danny Rand/Iron Fist (Finn Jones). I would have a hard time choosing my favorite although the best way to watch the individual Defenders is by bingeing.

From the press release: Marvel’s The Defenders which premieres globally on Netflix on August 18, 2017 at 12:01am PT follows Matt Murdock/Daredevil (Charlie Cox), Jessica Jones (Krysten Ritter), Luke Cage (Mike Colter) and Danny Rand/Iron Fist (Finn Jones), a quartet of singular heroes with one common goal – to save New York City. This is the story of four solitary figures, burdened with their own personal challenges, who realize they just might be stronger when teamed together.

The Defenders is executive produced by Marco Ramirez and Doug Petrie along with Marvel TV’s Jeph Loeb. The series is produced by Marvel Television in association with ABC Studios for Netflix.