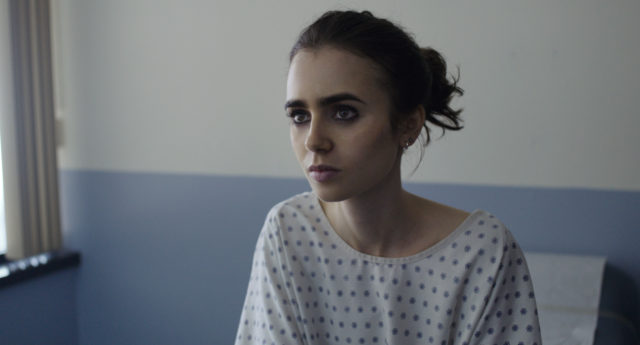 Netflix has released the trailer for To The Bone, starring Lily Collins, launching globally on Netflix and select theaters in LA on July 14th!

Keanu Reees turns up in another quirky role in “To the Bone,” in which he plays a nontraditional doctor trying to help Ellen (Lily Collins), a 20-year-old anorexic girl. The movie, which tackles a difficult subject, received good advance reviews from Sundance.

From the press release: Ellen, who spent the better part of her teenage years being shepherded through various recovery programs, only to find herself several pounds lighter every time. Determined to find a solution, her dysfunctional family agrees to send her to a group home for youths, which is led by a non-traditional doctor. Surprised by the unusual rules-and charmed by her fellow patients-Ellen has to discover for herself how to confront her addiction and attempt self-acceptance, in order to stand a chance against her demons.

Television veteran Marti Noxon brings her aptitude for storytelling to her remarkable debut feature, tackling the challenges of self-esteem with a refreshingly humorous-yet painstakingly honest-voice. Featuring a career-making performance by Lily Collins, and pitch-perfect supporting roles by Keanu Reeves, Carrie Preston, and Lili Taylor, To the Bone subverts expectations at every turn with its razor-sharp script, and its undiluted look at what young women face in living up to both society’s expectations of beauty, and their own.

Check out the trailer: