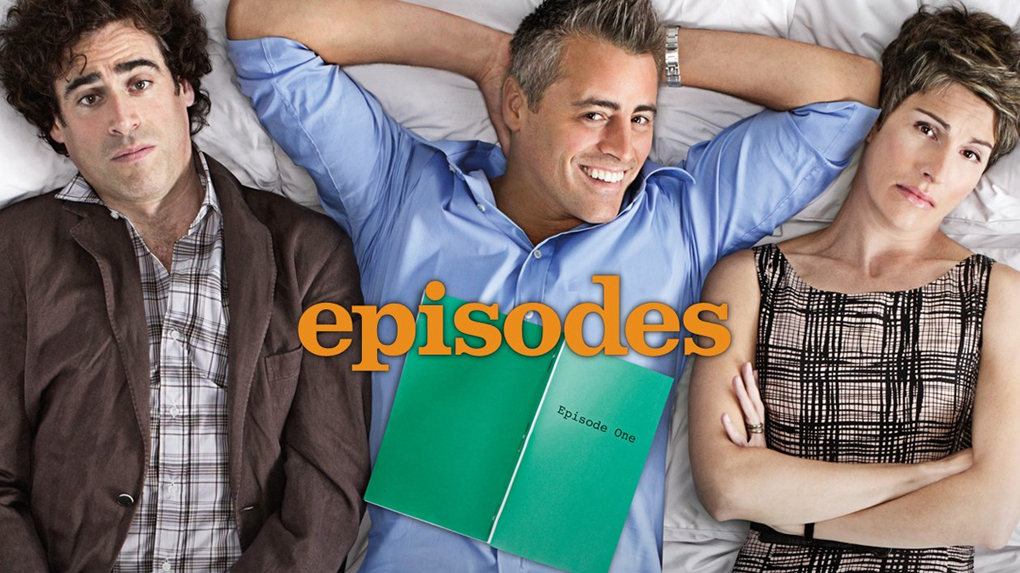 Matt LeBlanc and writers/producers/show creators Jeffrey Klarik and David Crane appeared at the Tribeca Film Festival for a Q&A following the screening of episodes 1 and 5 of season 5 of Showtime’s series, “Episodes.”

Season 5 will be the show’s last, and the seven-episode season will air in August, 2017. Jeffrey and David, incidentally, are a couple in real life.

Both episodes we saw were exceedingly funny, so it looks like the series will go out with a bang. Here are some highlights from the Q&A:

On whether Jeffrey and David had Matt in mind when they conceived of “Episodes”:

Jeffrey: As soon as we had the idea, we thought the only way it would work is if the network forced [“Episodes” characters] Sean and Beverly to use Matt LeBlanc. And if we couldn’t get Matt LeBlanc, we would come up with a different idea.

David: So we went to Matt before we even pitched it.

Matt on playing a less than flattering version of himself on the show:

Jeffrey: It’s [the show version] much more flattering than the real one.

Matt: It really is. He’s a lot more fun than I am…. I’ve always said about this project, you know, I don’t mind being the brunt of the joke as long as it’s a good joke.

On the writing process:

David: We live together, so it completely consumes our lives….

Jeffrey: The process is hellish. It’s tough, and it’s all we do. Sometimes, we drive back and forth into L.A., and I’ll just say, “Can we just f***ing stop talking about it for five minutes? Let’s just not talk about the show for five minutes.” And he’ll say, “Fine.” And then we’ll sit there, and there will be dead silence.

Jeffrey and David on acting the scenes out when they first read the scripts:

Jeffrey: We kind of channel these people, so I mean, it really doesn’t feel so much like writing as becoming these characters. You should hear – we do you [turning to Matt.]

Matt: Yeah, I have witnessed a couple of times they’d be off to the side, or I’d have dinner with them or we were staying in the same hotel and I’d see them in the lobby or they’d be just off in a corner of the set or I’ll go knock on their trailer door to have lunch together and I can hear them through the window, and they are reading scenes. I haven’t heard my voice, but I’ve heard the Sean and Beverly scenes with the English accents and Jeffrey playing an English woman.

Matt on missing live audiences like he had on “Friends”:

A funny thing for me was the very first scene I shot for “Episodes” in the very, very beginning of season 1 was a scene with – and it’s ironic looking back on it now. The first thing we shot on the schedule was Sean and I in my car…. I remember delivering the first punchline of this big speech and nobody laughing. And I remember thinking, “Oh, sh**, I’ve forgotten how to do this” because it had been like six years. And then, “Oh, wait a minute, there’s no audience.” The crew’s not laughing because they’re not supposed to. OK, I think it’s funny.