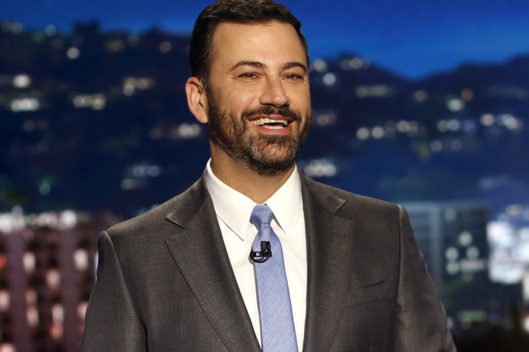 Jimmy Kimmel will be back for a second consecutive year to host the Oscars.

Michael De Luca and Jennifer Todd will produce, Academy President Cheryl Boone Isaacs announced today. The 90th Academy Awards will air live on the ABC Television Network and broadcast outlets worldwide on Oscar Sunday, March 4, 2018.
From the press release: “Hosting the Oscars was a highlight of my career and I am grateful to Cheryl, Dawn and the Academy for asking me to return to work with two of my favorite people, Mike De Luca and Jennifer Todd,” said Kimmel. “If you think we screwed up the ending this year, wait until you see what we have planned for the 90th anniversary show!”

De Luca earned Best Picture Oscar nominations for producing “Captai” Phillips,” “Moneyball” and “The Social Network.” He is credited on more than 60 films, including the “Fifty Shades of Grey” trilogy, “Blow,” “Magnolia,” “American History X” and “Boogie Nights.” He is a former president of production at Columbia Pictures, DreamWorks and New Line Cinema.

Todd is currently president of Pearl Street Films, the production company founded by Ben Affleck and Matt Damon, where she produced “Live by Night” and executive produced last year’s “Jason Bourne.” Her other credits include such films as “Alice through the Looking Glass,” “Celeste and Jesse Forever,” “Alice in Wonderland,” “Across the Universe,” “Prime,” “Memento,” “Boiler Room” and the “Austin Powers” films. Todd earned an Emmy nomination for her work on the HBO television movie “If These Walls Could Talk 2.”