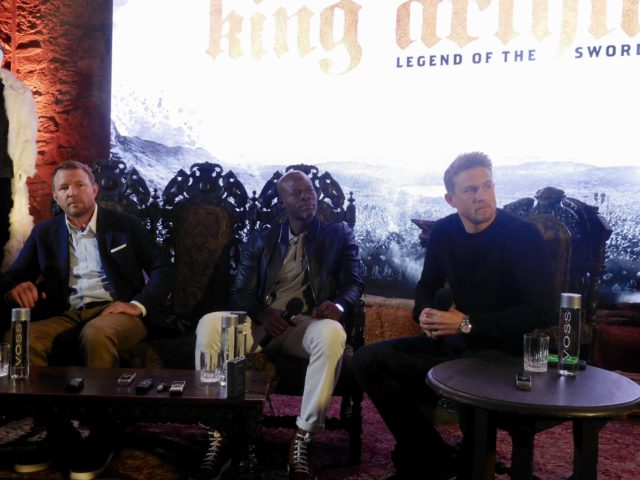 As you’d expect from director Guy Ritchie (Snatch, Sherlock Holmes), his new film, “King Arthur: Legend of the Sword” is not the traditional retelling of the world of the Knights of the Round Table. In Ritchie’s hands it’s a sword-swinging action fantasy film with a gangster edge and his signature blaring rock music.

Charlie Hunnam, whose career is red hot, stars as the hunky Arthur. The events unfold before the traditional Arthurian myth begins; Arthur is separated from his father as a babe and is raised in a brothel, where he is a street tough and thief like the other blokes he hangs out with. Clueless as to his true identity, the loyalty of Arthur’s pals become crucial when wannabe king, magician Vortigern (Jude Law), comes after Arthur in an attempt to kill him so he can become king. Much of course will depend on whether Arthur can lift the Excalibur sword out of the Stone.

Ritchie, Hunnam and Djimon Hounsou met with the press recently in Manhattan at the Four Seasons downtown to discuss the film in a cavernous room of the hotel that was staged with props, including a sword in a stone, a throne and elaborate costumes featured in the film.

Hunnam, who is on roll with his recent film “The Lost City of Z” and seven seasons of the television series “Sons of Anarchy” said that the central theme of the film was “the idea of the cultivation of self, belief, and subduing ones inner demons in order to strengthen one’s disposition to the point of being able to go out and do great things and beat insurmountable odds.” He added, “It’s all about self belief and knowing what you’re capable of and if you’re dialed in and focused into your true potential then any obstacle is going to crumble before you.”

Ritchie agreed with his star, adding that the essence of the Arthurian legend “is really about transcendence of self” and that the journey Arthur goes on, which is “from an infant to a man, from a pauper to king,” is one of going from relying on others to becoming independent. “My experience of the Arthurian legend is first and foremost by John Boorman’s film (“Excalibur,” 1981) which I found very provocative and exciting when I was ten, to the point where I was pretty desperate to make the Arthurian version of this legend myself.” 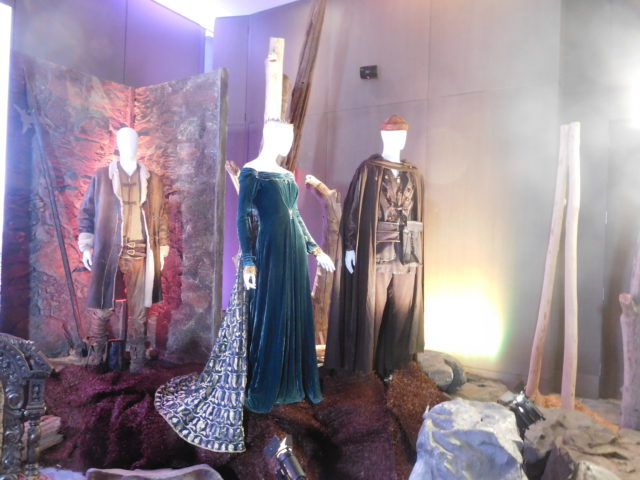 For Hunnam, also a fan of the Boorman film, it was Ritchie’s new spin on the story that appealed to him, along with the idea that they were telling an origin story and this was only the first chapter. “There was an opportunity there to go a little bit deeper into what that story and what looked like and I loved Guy’s instinct that it would be a slightly more ignoble,” he said. “We’ve all seen the very noble version, the story of the noble man who goes on a noble quest, becoming a noble king, and we thought let’s do the opposite.” What was new about this take, Hunnam said, was that this was the story of the reluctant hero who comes to understand and accept his responsibility and legacy and the challenge of living up to that.

Asked about the greatest challenge in tackling the role, Hunnam said, “At the beginning it was understanding the tone because it was a pretty fine needle we were threading with taking the worlds seriously and taking the story seriously and giving it the respect it’s due. Also then throwing all that out the window and tackling it with the appropriate level of irreverence and originality.”

As for the film’s gangster vibe, said Hunnam, “We all love a cheeky, tough role, you know? I just love that world and the appeal of those type of chaps was undeniable, so once we started shooting it became cheekier and cheekier and more and more sort of gangsteresque.” He laughed, “I always said if I wasn’t an actor I’d probably be gangster, so on these types of films I get to do both.”

“King Arthur: Legend of the Sword,” a Warner Brothers release, opens Friday, May 12. 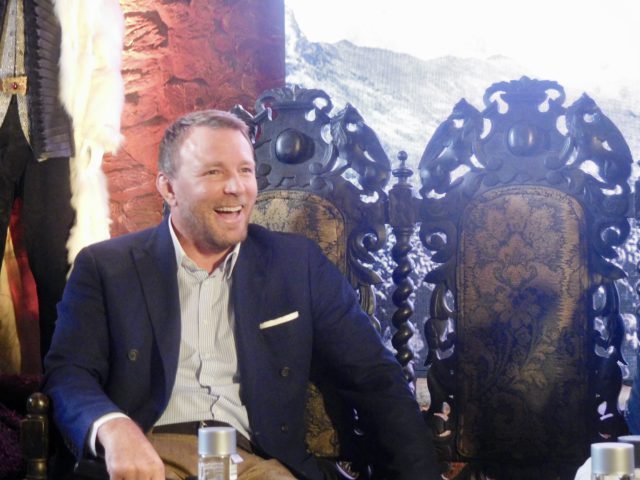