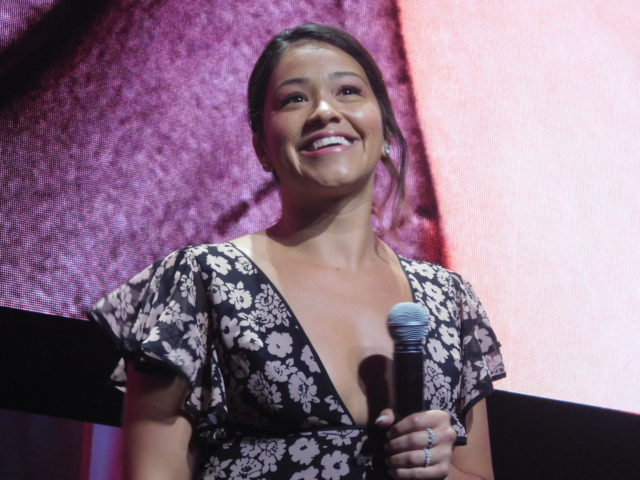 The CW Upfront got off to a rollicking start Thursday morning at City Center with rock band Muse, featuring lead singer Matt Bellamy. The rockers performed their new song “Dig Down,” that will be part of the cable network’s brand campaign throughout the season. It’s one of those songs you can’t get out of your head so great choice CW. 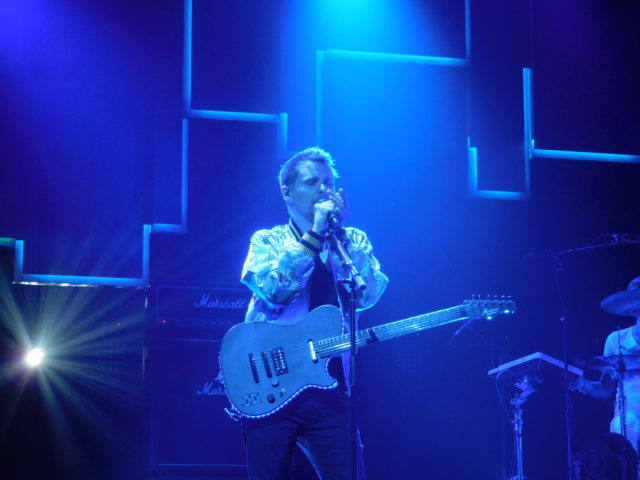 The CW Upfront unveiled its 2017-18 primetime schedule, and announced four new programs as well as some shifting around of programs.
CW president Mark Pedowitz said of the upcoming season, “In the fall, we have the action-packed new military drama ‘Valor,’ and a new version of the iconic soap ‘Dynasty,’ giving us two new female-focused series that add more balance to our primetime lineup.”
He added, “For midseason, we have the heartwarming comedy ‘Life Sentence,’ starring Lucy Hale (“Pretty Little Liars”), a terrific actress; and we have the exciting new series ‘Black Lightning,’ based on the DC character. Next season, we will have our strongest schedule ever, with a broad range of series to appeal to both women and men, across a wide range of demographics.”

Another scheduling note,“Dynasty” will air Wednesdays after “Riverdale” starting in the fall, while “Valor” will also begin in the fall and run Mondays after “Supergirl.” 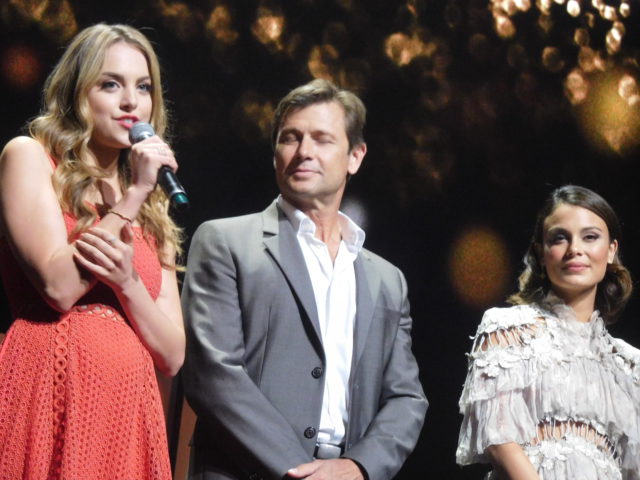 After showing clips of the upcoming shows, the stars and cast of the various programs came on stage and said a few words, adding glitz, glamour and fun to the event, which otherwise would be a dry list of demographics.

Rachel Bloom and Gina Rodriguez came out onstage in character as their “Crazy Ex Girlfriend” and “Jane the Virgin” alter egos, which also emphasized their status as Golden Globe winners for the CW. They will also both move to Fridays.
Rodriguez charmed the audience with her articulate and heartfelt speech. “Art has the super power to heal,” she said. “ It tears down misconceptions, opens our eyes to the beauty of our differences. Television has the power to bring someone into your living room that you may not have had the opportunity to meet otherwise.” She added, “CW uses its platform to build bridges of understanding through inclusion and equality,” and that “you guys have five female-led shows.” She exhorted advertisers, “To those that have yet to join, the doors are wide open, baby.”

After the Upfront was over, Rodriguez visited with fans waiting outside City Center, posing for endless selfies and photographs with enthusiasm and a constant smile, moving only after security had to clear the area.

Descriptions and highlights of some of the new programs:
The DC comic book adaptation “Black Lightning,” which stars Cress Williams as Jefferson Pearce, sees the superhero crime fighter come out of a ten-year retirement to fight crime and corruption overtaking his city. The cast also features Nafessa Williams, China Anne McClain, Christine Adams.

“Black Lightning” is being held for midseason, as is the dramedy “Life Sentence” starring Lucy Hale.

“Dynasty,” the reboot of the 1980s primetime soap starring Joan Collins, will be paired with “Riverdale” on Wednesday nights.

In the updated “Dynasty,” Fallon Carrington (Elizabeth Gillies) is poised to take a top position in her father’s global energy empire until her stepmother-to-be, Cristal (Nathalie Kelley) presents her with her own plans. Said Gillies of the new show, “We know that we have some very high heels and big shoulder pads to fill and we’re thrilled to be a part of it.” Expect a lot of cat fights and hair pulling. The cast also includes Grant Show, James Mackay, Nathalie Kelley, Alan Dale, Robert Christopher Riley, Sam Adegoke and Rafael de la Fuente.
The CW’s “Supernatural,” stars Jared Padalecki and Jensen Ackles as two brothers who fight evil supernatural beings. The show is returning next season for its 13th season. “It doesn’t get any easier though, sweating bullets” said Ackles, who noted there the show will feature something a little special: “We’re going to get really colorful next season with a special episode. We are entering the animated world of “Scooby-Doo.” His co-star cracked, “Spoiler alert.” 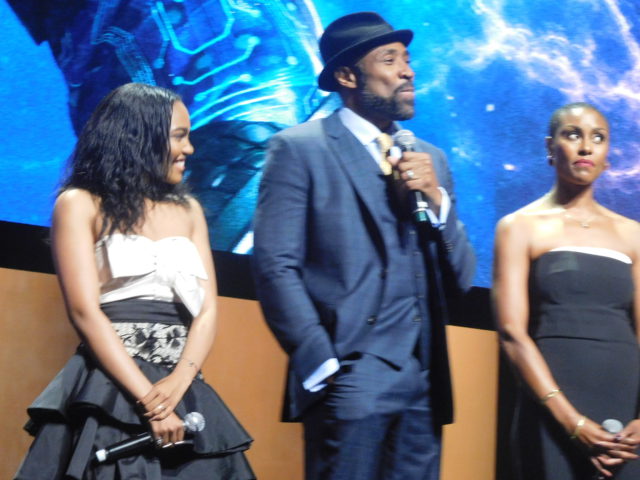 The CW dramedy “Life Sentence,” is about a young woman, Stella (Lucy Hale), who spent the last eight years of her life under a death sentence from cancer. When she learns she’s beat the deadly disease other kinds of challenges, including her relationship with her boyfriend, go into a tailspin. Said Hale of the show, “‘Life Sentence’ is funny and charming and heartwarming, and I absolutely fell in love with the characters.” The cast also features Dylan Walsh, Gillian Vigman, Brooke Lyons, Carlos PenaVega, Jayson Blair and Elliot Knight.
Matt Barr and Christina Ochoa star in “Valor,” as members of an elite unit of U.S. Army helicopter pilots sent into a top secret mission to Somalia that goes terribly wrong. The show also features Charlie Barnett, W. Trè Davis, Corbin Reid, Nigel Thatch, Melissa Roxburgh.

Following is the 2017-18 primetime schedule: 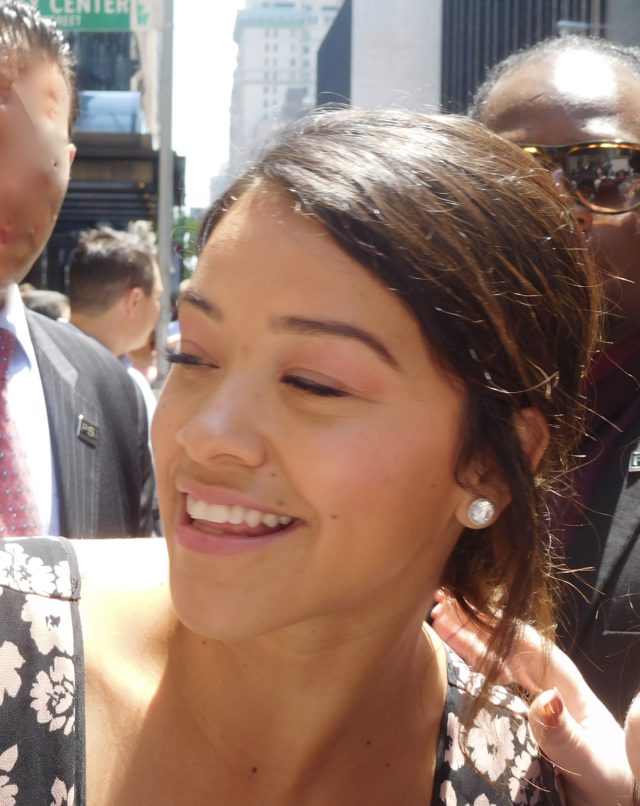 (All photos by Paula Schwartz)