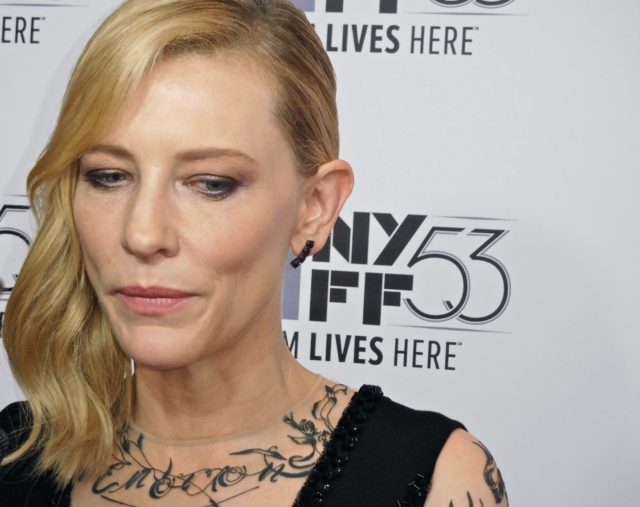 It’s Cate Blanchett all the time in German artist/director Julian Rosefeldt’s feature film “Manifesto,” based on his multi-screen video art installation, on view back in December at the Park Avenue Armory in Manhattan.

The conceptual art piece turned film, which had its New York premiere at the Tribeca Film Festival, features Cate Blanchett reciting monologues culled from 20th-century declarations by artists and writers about their vision of life and their art. That this would be the makings of a feature film is not immediately obvious, but when the lines are spoken by Blanchett who takes on the guise of 12 distinct charismatic yet generic individuals in different accents and hairstyles, the effect is mesmerizing.

There is no clear-cut storylines in the 13 vignettes in which Blanchett stars. It’s very cerebral but also funny. There’s lots to chew on because many of the manifestos are political and tap into the current political and social landscape to an uncanny degree.

For my interview with the actress and director please check out MovieMaker: https://www.moviemaker.com/archives/interviews/manifesto-cate-blanchett-julian-rosefeldt/