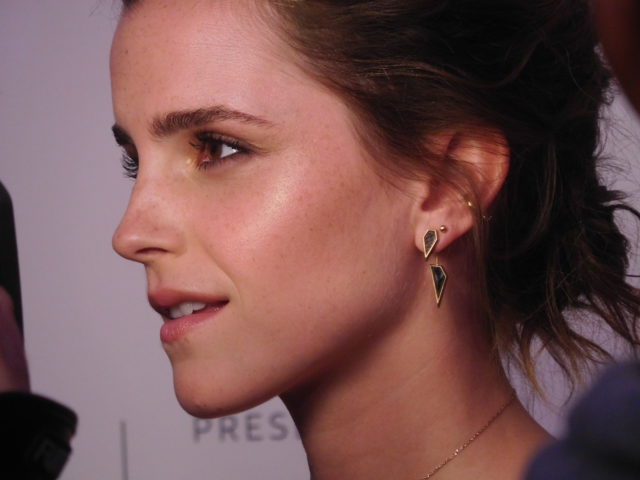 Tom Hanks and Emma Watson walked the red carpet at the starry world premiere of their new movie “The Circle” at the Tribeca Film Festival Wednesday evening.

Adapted from David Eggers’s 2013 futuristic novel by director/producer James Ponsoldt, the swanky thriller is about a vast tech and social media corporation called The Circle that stores massive amounts of information about its clients and employees. Tom Hanks, who starred in the adaptation of Eggers’ book, “A Hologram for the King,” which premiered at Tribeca last year, stars as the company’s founder who runs his corporation like a cult. Hanks plays the bad guy for a change which is an interesting twist. 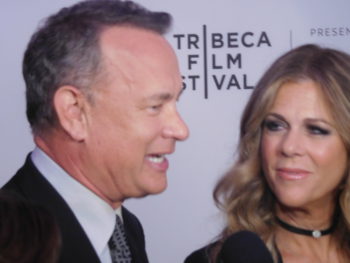 Emma Watson plays an entry-level corporate drone persuaded to accept the company’s “cult of transparency” and volunteers to give up her privacy for the so-called good of the company and her co-workers. The movie deals with issues and boundaries of privacy, ethics and ultimately personal freedom according to the tip sheet publicists handed out.

The screening was sold out and the carpet was huge for what was the biggest premiere of the Tribeca Film Festival. I couldn’t get near any of the talent for interviews but managed to get several snapshots.