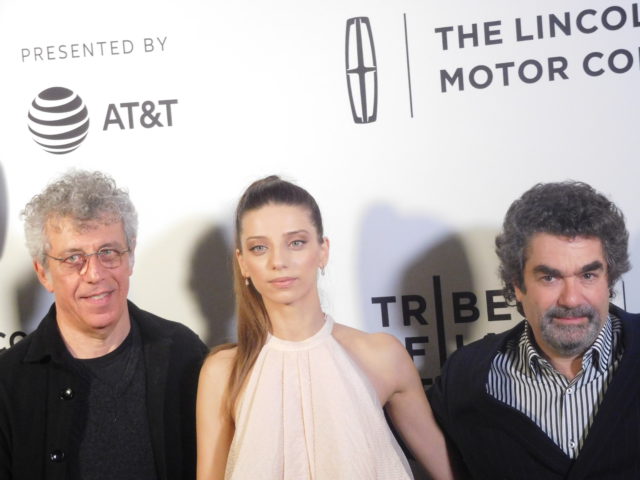 “It’s a gloomy night and a gloomy subject,” said Oscar-nominated director Joe Berlinger (“Paradise Lost Trilogy,” “Brother’s Keeper,” “Metallica: Some Kind of Monster”) at the premiere of his new film, “Intent to Destroy: Death, Denial & Depiction,” at the Tribeca Film Festival. It was a dark, rainy night, which seemed fitting, given the serious subject of the film: the Armenian genocide and the refusal of the Turkish government to acknowledge its culpability in the murder of 1.5 million people.

The date of the premiere, April 24, was very important said Berlinger. “I really wanted this film to premiere today, this week and everyone agreed this was the place to do it because this week is the annual commemoration of the Armenian genocide. April 24 (1914) is the start of the genocide, so I just thought there’s no better time to kick off this film on this date, on this important date.”

Added the director, “This is a story that’s really unknown by so many people and that’s a shame and that’s the other reason I’m excited to share this film because this story has been swept under the rug and in this age of alternative facts and fake news I think accountability has never been more important.”

The shooting of the documentary took place concurrently with the filming of Terry George’s epic drama, “The Promise,” set in 1914 in Turkey as the Ottoman Empire is crumbling. The movie stars Christian Bale, Oscar Isaac and Charlotte le Bon as young people who get caught up in the horrific events and try to save the Armenians of a small village attacked and massacred by the Turkish government.

Berlinger and his film crew embedded with the cast and filmmakers while they were shooting the film, “The Promise. The trust of the late Kirk Kerkorian, the billionaire businessman and philanthropist, financed “The Promise” and “Intent to Destroy.” As part of his legacy, Kerkorian wanted a film about the Armenia genocide to be educational and to expose the horrific historical event, which has rarely-if-ever been depicted on screen.

Social justice advocacy and filmmaking have been a big part of the director’s 25-year career making powerful films that expose hidden truths and reveal miscarriages of justice. This is Berlinger’s biggest subject to date.

“Intent to Destroy” is a behind-the-scenes look at the making of “The Promise,” and also a historical chronicle and documentation of the genocide. The director in his introductory remarks to the film and also during the panel discussion that followed the screening, said the most important part of the documentary to him was denial, the refusal of the Turkish government to admit the genocide and their culpability. Other nations, including the U.S., have been complicit in letting this continue because of Turkey’s strategic importance politically and militarily.

After the screening, there was a panel that included Joe Berlinger, Eric Esrailian (producer), Angela Sarafyan (“The Promise” actress), actor Eric Bogosian and former Ambassador to Armenia John Marshal Evans.

“Intent to Destroy: Death, Denial & Depiction” is a good companion film to see with “The Promise,” but Berlinger’s documentary is intended also to stand alone.

“The final stage of genocide they say is denial,” Berlinger told the audience. “If we’re going to be human beings and interact with each other we have to understand and accept history. And that’s what this film’s all about.”