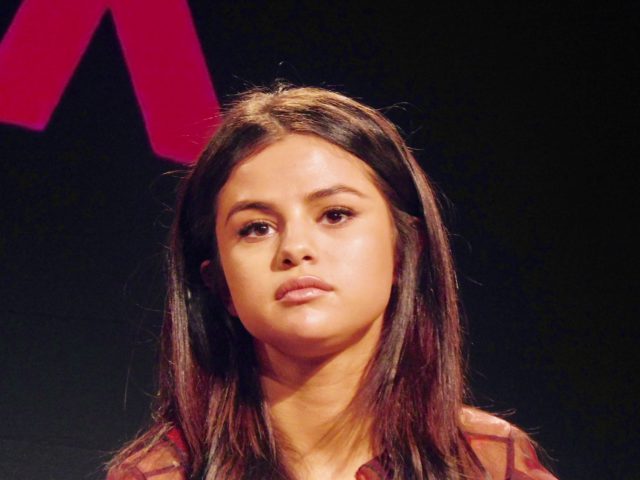 Add producer to the list of accomplishments of 24-year-old Selena Gomez. The former Disney princess and her mother, Mandy Teefey, are the executive producers of the Netflix miniseries “13 Reasons Why,” which airs March 31 in its entirety and is perfect for bingeing.

The series tackles heavy-duty subjects which are dear to Gomez, notably bullying, teen suicide and the dark side of social media. With 110 million Instagram followers and a fan base fixated on her every move, including her boyfriend choices —for years she dated Justin Bieber — the show has a built in audience of fans, who have always responded to Gomez’s music but also her vulnerability and openness.

“I’ve cried onstage more times than I can count, and I’m not a cute crier,” says Gomez in this month’s Vogue, where she graces the cover. The Vogue story notes that last summer after the North American and Asian legs of her “Rival” tour, with 30 concerts left, she checked into a psychiatric facility. 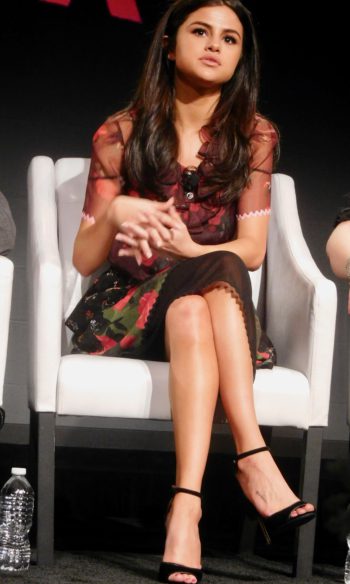 Last month during a Netflix panel discussion for “13 Reasons Why” attended by journalists from around the world, Gomez was characteristically open and honest about her struggles.

Other participants at the Netflix panel included Gomez’s mother, along with Brian Yorker, the creator of the show, stars Dylan Minnette, who plays Clay, and Katherine Langford who plays Hannah Baker, along with director Tom McCarthy, and Jay Asher, who wrote the young adult novel from which the series is adapted and also served as a consultant. The title refers to the number of reasons why Hannah decided to take her life, which she revealed in audio tapes she sent to her friends.

Initially the book was intended as a feature film to star Gomez as Hannah. “My mom found the book at Barnes and Nobles,” Gomez said. “She would come home and she would find these books, and I was doing my TV series at the time so I was maybe 16-17, so it would have made sense.” She added that the message of the book hit home. “I thought that it was something that I could relate to my fans,” she said. “I see it constantly from kids who are authentic and telling me what they feel and what they go through.”
During the Q&A a journalist asked her about the dark times she went through as a teenager and also how the show as relevant today?
“I think that my high school experience may have been a little amplified, so I wouldn’t say it was worse but it definitely made it harder and to be frank with you,” said Gomez. “I actually was going through really difficult time when they started production.
I went away for 90 days and I actually met tons of kids in this place that we’re talking about a lot of the issues that these characters are experiencing,” she said. “I would say I have had to deal with it on a different scale. Whether it was just kids or growing up in the biggest high school in the world which was Disney channel, it was also adults that had the audacity to kind of tell me how I should live my life and it was very confusing for me. I had no idea who I was going to be, what I was still going to become and it definitely hits home. That’s why I wanted to make sure I was still a part of this project in any way.”

As to the show’s importance and relevancy, Gomez said to reach teenagers you have to show them something that will shake them up.

“They have to see something that’s frightening and follow these people who are (in the show). They’re going to instantly fall in love with these characters. I want them to understand it. I would do anything to be able to have a good influence on this generation and it’s hard but I definitely relate to everything that was going on and I was there for the last episode and I was a mess just seeing it all come to life because I’ve experienced just that for sure.”

As for whether her role as a producer and her celebrity would push the series even more, Gomez replied, “I hope so. I think the connection that I’ve had, whether I liked it or not, a lot of people have watched me grow up and I think I do feel like I have these conversations with my fans because I have never really wanted to be the kind of unapproachable person. I never wanted to seem like I have it altogether, ever.”