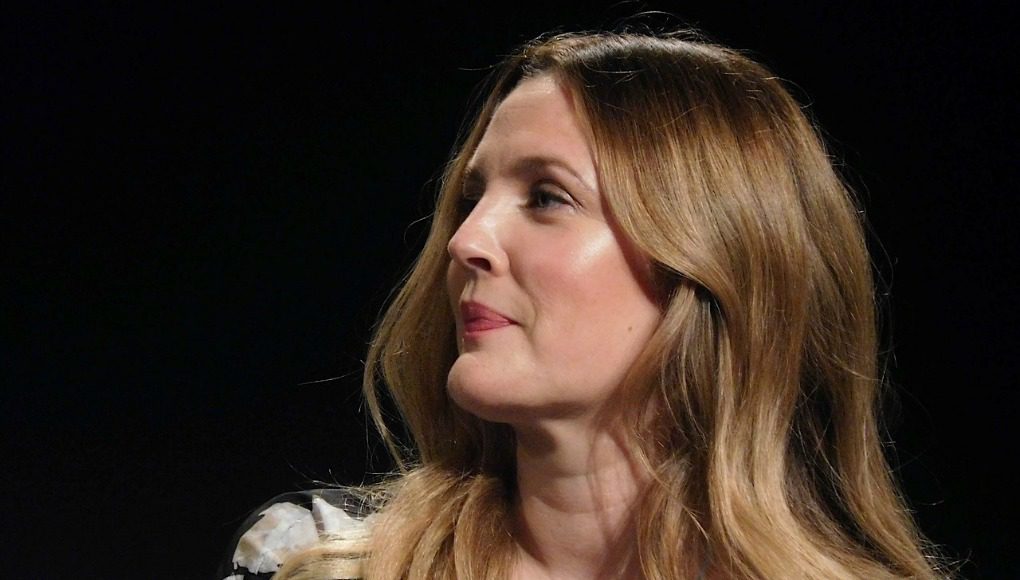 “I was in a really low point and I read the script and it made me laugh and it made me feel something,” Drew Barrymore told journalists Wednesday morning at all-day panels for Netflix shows, returning and new.

The role of Sheila, a high-energy suburban mom who happens to gorge on human flesh in the delightfully loopy “Santa Clarita Diet” came at just the right time in her Barrymore’s life.

In “Santa Clarita Diet,” Timothy Olyphant from “Justified” plays Barrymore’s doting husband and the enabler of her blood-and-gut cravings. Both stars, along with showrunner Victor Fresco, talked up the very funny gory and campy show, which is a sort of send up of classic family sitcoms.

Barrymore noted that the show was good therapy; she was going through a divorce while shooting the show from her husband of four years.

“It took me out of my own world that wasn’t super pleasant at the time and I thought, maybe other people want to be taken out of their unpleasant times and be transported into something that’s cool and different,” added Barrymore.

Delving deeper into what appealed to her about the show, she added, “Having been trained in that sort of ‘E.T’ 70’s-80’s world of film making, which is just one of my favorite times in story telling, if it takes place in your backyard, you’re going to relate to it a lot more…. aliens and time travel, zombies and vampires, they can all come to your backyard and I’ll believe it.”

Ultimately, Barrymore noted, “People are still going to be dealing with, you know with E.T., a huge thing was this was a divorced, single mom, and this was a family trying to figure out to make their lives work. And for me this was about a marriage and I loved Victor’s themes about behavioral conflicts and to me it just felt like there were these really high-stakes… I don’t know if I want to watch everyday life, and I don’t want to watch something that is just so far fetched I can’t connect to it emotionally. This to me was like a weird hybrid of the two.”

Olyphant, who is the wonderfully droll straight man in this wacky comedy was asked to talk about how he convincingly portrayed a character being in love with a woman who he’s just watched disembowel a man, with her face covered with blood and gore.

“Look at her!” Olyphant enthused. “You can put as much blood as you want on Drew Barrymore and she’s still just like, adorable!”

Fresco agreed it was important to have a character you could root for.

“I know Victor wanted someone in Sheila that you wouldn’t start to truly dislike and lose your connectivity to,” said Barrymore, telling him, “I know you wanted someone who you would go on the ride with so I felt responsible for that.”

Barrymore elaborated on why this role came at an opportune moment in her life.

“I think this woman is going through an awakening and I loved getting to have that outlet with Victor and Tim -who are really wonderful gentlemen who both have been married for a long period of time – was such a save place for me to spend my summer while my whole life was sort of falling apart. And I was really excited about playing a woman who was becoming empowered, losing weight, pulling her shit together, fighting a new compass, finding that when your life does fall apart, you don’t ditch everything. Not everything goes away. You have to become you and take all the wonderful things in it and just find these new roads. And for me it was a total metaphor for my life, and I felt really lucky. And I hadn’t been working for years. I was really a mom raising her kids and sort of stepped aside and put everything on the back burner … Timing is everything. It’s the next tattoo I want to get.”

Barrymore added, “This took me out of my shit and made me a happier person.”

As for the body parts Barrymore’s character gorges on, it’s pretty disgusting stuff like dehydrated apple to look like flesh and soup that’s gone bad to portray vomit. It was the fake raw beef that brought her down.

Has the show turned her off from eating?

“No, I was so hungry when we started because I was trying to lose 20 pounds. That was my goal. I was a 144 when we started and when we ended I was 124,” said Barrymore, “and to do that you have to eat really sensibly. And eating humans, if you were on an all protein diet you would like thin out. There’s just no question about it. So (the role) gave me a goal line.”

As for her cravings, the actress said she’d been sick so the only thing she craved at the moment was chicken soup.

All ten episodes of “Santa Clarita Diet” are available now on Netflix – no pun intended – for bingeing.