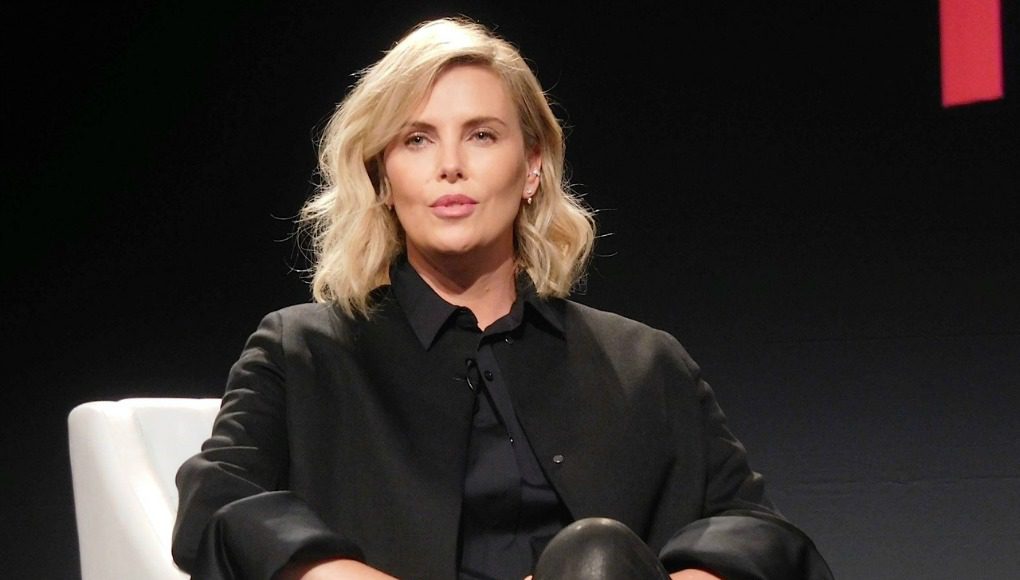 Charlize Theron is the executive producer of the new comedy series “Girlboss” that airs on Netflix beginning April 21. Looking gorgeous and badass in black leather, Theron participated in a panel discussion Wednesday afternoon to promote the show at Netflix offices in midtown Manhattan. The “Mad Max” star led a lively panel on creativity, sexism and limitless possibilities for women to a roomful of  journalists, some from as far away as Brazil.

Britt Robertson stars in “Girlboss,” which is loosely based on the New York Times best selling book by Sophia Amoruso, who founded Nasty Gal, an online clothing line sold on eBay, which made her super rich. Amoruso is also a consultant on the show and participated on the panel, along with showrunner “Kay Cannon,” screenwriter of “Perfect Pitch” 2 and 3, which is currently filming. Cannon is Theron’s producing parrtner.

Before it became a Netflix series Theron and Cannon pitched “Girlboss” to another producing company that wanted them to change the show’s name to make it more inclusive to men.

That’s when they went to Netflix. “We needed to let the show live in its authenticity and not be stifled by having to fit some kind of formula. I didn’t want that for the show,” said Cannon.

What made the show a hard sell was that the central character is not particularly likable.

“When I started in this industry a lot of us young actresses at that time were really the girlfriend or the wife or the trophy wife. A lot of times I kind of felt like I had to try to make wine out of water,” she said. “I’ve always been very clear that we are all at the mercy of the opportunities that are handed to us and it wasn’t until good opportunities were given to me that I was kind of ready for them. But I feel like this generation is changing that and I’m inspired to in some way be a part of that, whether it means finding that material and developing it or trying to get it on television or movies. There’s storytelling available to us right now where women really are at the center of it. And that’s what was incredibly exciting.”

Theron said of Britt, the str of “Girlboss, “There is an honesty about you as an actor and you as Britt that bleeds through this character. You can’t stop taking your eyes off her.”

Mainly all eyes were on Theron, who looked terrific in long leather boots and whose comments were laced with expletives.

“I just think there’s something so powerful and so unstoppable about young girls at this time being told and hearing it that they can do anything. I think it’s an incredibly powerful moment for them,” she noted. “ We all realize that it is in our hands to change things and we’re taking ownership of that.”

“Girlboss is really not a preachy show. It’s a fun, entertaining, funny show about the fact that in success for all of us – male or female – we have to fall on our faces. We have to be able to fail horribly. You have to be able probably to have more failures than successes and so I love that there’s something like that out there for girls to watch. I have a very young, young, girl but you know I would want that for her if she was 15, 16.”

Charlize added, “Audiences are very much connecting with the truth of what women are. And how layered we are and how beautifully f****ed up we are.”