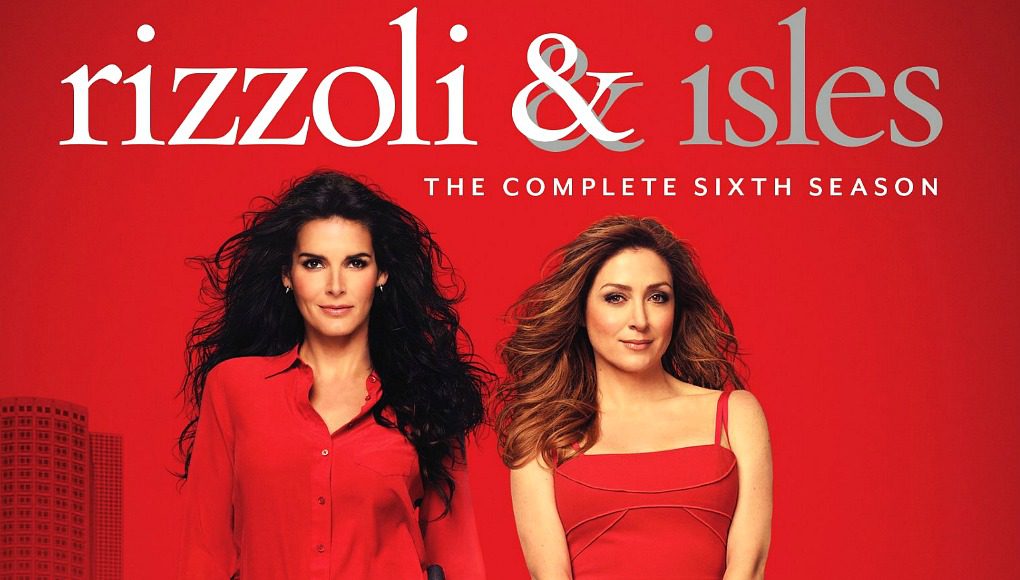 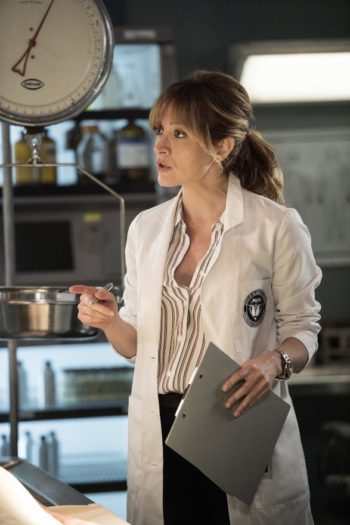 I’ve been watching TNT’s Rizzoli & Isles since the beginning, and have loved the show since day one. In fact, I used to recap it when I was an editor at the now-defunct (sniff) TV Squad, which went kaput after the Huffington Post merger. Not that I still hold a grudge or anything.

One of my writer-buddies there once said to me, “So how can you recap it when it’s pretty much the same thing week after week? Rizzoli beats someone up, there’s a female bonding moment, and that’s a wrap.”

Well, those things might happen in just about every episode – and I love seeing Angie Harmon beat the crap out of someone – but Rizzoli and Isles is so much more than that. For one thing, how often do you get two strong female leads in a cop show? Hardly ever, and when you have to reach back to Cagney & Lacey to create the list, that’s saying something.

Also, how often do you have a cop series with two strong female leads who aren’t sniping at each other all the time? You know, who actually have a loving and supportive friendship? Rizzoli & Isles is one of the only shows where that happens. 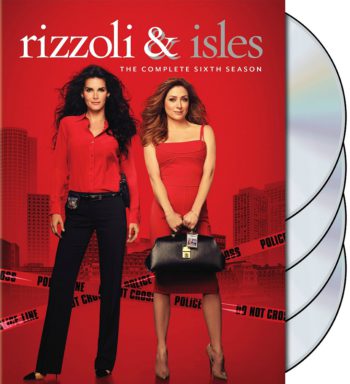 “It’s like a modern day Cagney & Lacey, except for the fact that I’m in a world of men, and Jane is a real tomboy,” said Harmon. “She’s very good at her job, but it’s difficult for her. She’s basically got like two friends in the entire squad. Everybody else is a guy that kind of craps on her, for lack of a better word. So, you get to see how she and Maura rely on each other, because they’re the only two women in the field.”

Harmon also made some similarities between her character, Jane Rizzoli, and Tony Soprano of The Sopranos. “Remember how you loved to watch Tony Soprano go to work because you knew it was going to make you uncomfortable? You knew you were going to be on the edge of your seat, and you knew you were probably going to gross out a little bit, but you couldn’t help but watch,” she said. “It’s the same thing with Jane. You love to watch her go to work because you have no idea what’s going to happen. Then she gets to go home, and it’s just like when Tony Soprano went home. You don’t know what’s going to happen. With Lorraine Bracco as my mom, all we do is scream at each other. It’s that crazy Boston family, and they’re all yelling at each other. They love each other, but they get on each others’ nerves.”

Needless to say, I’m sad to see Rizzoli & Isles come to an end, but that’s the nature of TV. The final season will air this summer with 13 episodes, but the show will live on with DVD and blu-ray releases.

Rizzoli & Isles: The Complete Sixth Season from Warner Bros. Home Entertainment hits DVD on June 7, 2016. The four-disc set features all 18 episodes from season six, with a brand new featurette titled “From the Shadows: A Criminal Revealed.”

Based on the best-selling crime thriller books by Tess Gerritsen, Rizzoli & Isles centers on tough-as-nails Boston police detective Jane Rizzoli (Harmon), who has an uncompromisingly brash and beautiful bull-in-a-china-shop approach to both cases and life. Her partner in crime-solving is the brilliant medical examiner from a privileged background, Dr. Maura Isles (Sasha Alexander), who may be the best-dressed science nerd in New England. Together the close friends and complete opposites solve some of Boston’s most notorious crimes.

In Rizzoli & Isles: The Complete Sixth Season, Jane and Maura are put in charge of investigating a number of challenging criminal cases. The duo gets wrapped up in the world of competitive bass fishing when a leading champion tournament fisherman is killed.

The team must solve the murder of a victim who is found buried in a shallow grave. And when a teenage girl’s body is found inside of a cage, the duo sets out to find her killer. Jane and Maura investigate the murder of a college student, who they learn had 32 girlfriends.

The duo’s detective skills are put to the test when they investigate the case of a dog trainer found dead at her home. The prime suspect? Her champion Rottweiler. Jane and Maura travel to Los Angeles to investigate a murder that has connections to Boston.

In its sixth season, Rizzoli & Isles remained a top ratings performer, delivering close to seven million viewers per episode and ranking as the #4 scripted drama on basic cable season to-date among total viewers – and as the #1 series on TNT. Currently, the full sixth season of Rizzoli & Isles is NOT available to stream via any SVOD service.

“The chemistry between Angie Harmon and Sasha Alexander is delightful. As Jane and Maura, they share a friendship most of us would envy. It’s one of the key reasons Rizzoli & isles is such a hit with viewers,” said Rosemary Markson, WBHE Senior Vice President, TV Marketing.

She added, “With its talented cast, compelling storylines and top notch production, Rizzoli & Isles continues to deliver. We’re delighted to release another season of this outstanding show on DVD.”

In addition to Harmon and Alexander, the series stars Jordan Bridges (Rushlights, Mona Lisa Smile) as Frankie Rizzoli Jr., Jane’s younger brother who is now following in her footsteps as a detective; with Bruce McGill (Lincoln, Law Abiding Citizen) as the seasoned and lovable Detective Vince Korsak, Rizzoli’s former partner; and Lorraine Bracco (The Sopranos) as Jane’s nosy but warm-hearted mother, Angela Rizzoli, who moved into Maura’s guesthouse after her recent divorce and works at the coffee shop inside the Boston Police Department.

Rizzoli & Isles is produced for TNT by Ostar Productions in association with Warner Horizon Television. Developed by Janet Tamaro (Sleeper Cell), the series is executive produced by Bill Haber (TNT’s Nightmares & Dreamscapes: From the Stories of Stephen King) and showrunner Jan Nash (Without a Trace, Unforgettable).

click the season six photos below for larger views.