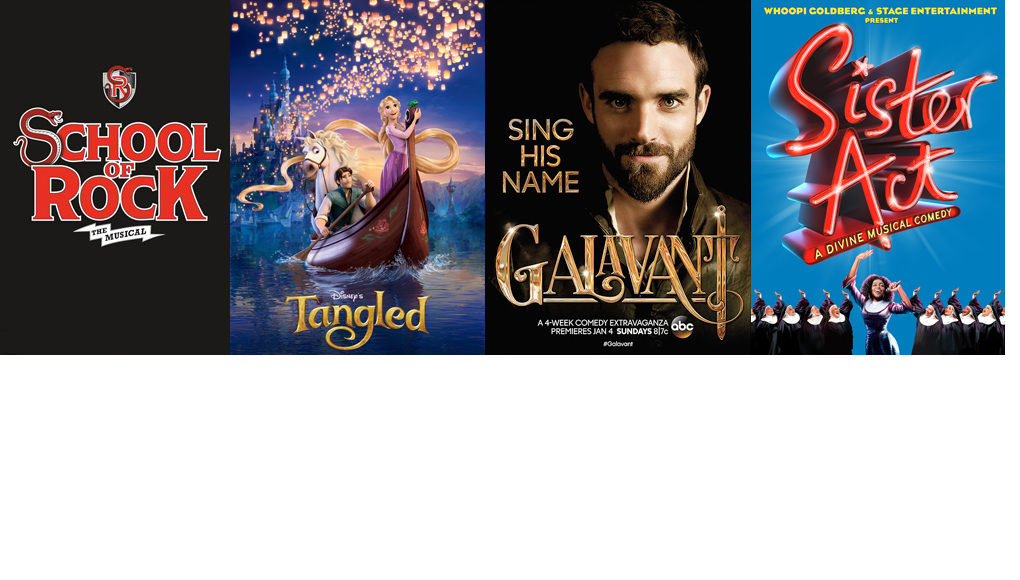 Here’s Part 2 of my interview with the talented lyricist, Glenn Slater. Don’t forget to read Part 1!

You’ve got so many projects going on, and I know we’re not going to have time to talk about them all, but what’s going on with the musical version of “A Bronx Tale”?

We’re hoping that it comes in [to Broadway] in this upcoming season. Certainly, that’s what the producers are hoping for. We have some new writing to do from the Paper Mill [Playhouse] version, but everybody’s really excited about it. We’ve been already meeting and talking about what we’re going to do. Certainly, very excited about that.

Yeah, we have such a fantastic team put together…. One of the great things about working on “A Bronx Tale” is having Chazz Palminteri with us working on the script. It’s based on a real incident in Chazz’s life, and to have the actual source of the real life thing with you in the room while you’re writing is an unbelievable resource to mine.

We could ask Chazz, “Hey, so in real life, what happened after this guy said this?” And you end up with like an hour’s worth of stories, entire worlds spinned out. We could write five more shows based on some of the things he’s told us, and every word of it, every piece of language informs everything we do. So, it’s been a blast.

“Beatsville” is a piece that I’ve written with my wife, Wendy Leigh Wilf. She did the music and the lyrics, and for that one, I’m just doing the book. It’s a bebop jazz musical set during the Beatnik era, so the late 1950’s in the cafes of Greenwich Village. And it’s a black comedy based on a Roger Corman film called “A Bucket of Blood.”

We’ve been working on this for several years. We like to call it our third child. It’s been just so much fun to work on. My wife is an unbelievable composer and an unbelievable jazz musician, and this sits right in her wheelhouse in terms of the style of music. And she’s a hilariously funny and inventive lyricist….

We’re going to have our world premiere at the Asolo Rep in Sarasota in the spring of 2017, and it then goes to the 5th Avenue Theatre in Seattle…. And hopefully, in the course of those two productions, we work out all the kinks and end up with a show that is ready to come back to New York.

What do you aspire to now? Is there something you haven’t done that you’re itching to do?

Well, I’ve had my hands in lots of different genres, so I have ambitions in all the genres. I would really, really love to write a show for Broadway that does not have to have “The Musical” tacked at the end of it, where it’s an original and not based on an existing property.

I would absolutely love to do another animated film, possibly using a more contemporary style of music. And I’m really excited to get back into television. Alan and I had so much fun writing “Galavant,” and we worked for such fantastic people – an unbelievable cast, an unbelievable writer’s room, an unbelievable crew in England.

Hopefully, “Galavant” has not yet breathed its last. There’s a huge campaign at the moment to try to get us another season – #moreGalavant. It’s been cancelled on ABC, but we’re hoping that we’ll maybe get a pickup from Hulu or Netflix so that we can continue that story. If not, Alan and I are certainly looking at bringing “Galavant” to the stage at some point.

And I’ve started talking with some of our writers about what could be the next half hour musical TV show. So, we have a bunch of really fun ideas for that as well. Hopefully, in all three branches, new things, new challenges will keep coming….

How did the concept of “Galavant” come about?

Dan [Fogelman, writer and executive producer of “Galavant”] and I had been talking, and I said, “Let me send you a bunch of ideas.” And I sent him idea after idea after idea after idea. And he, being a fairly seasoned television executive, kept saying, “Well, this is going to be expensive, nobody wants to hear lawyers sing, the network’s not going to go for this.” He just foresaw the difficulties.

Finally, I said, “The one place where everybody accepts characters singing is in an animated fairytale. Is there a fairytale idea?” There was silence on the other end of the phone, and he said, “You know, I’ve been working on this thing that I thought was maybe going to be a film, but it could work as a television series. Let me send you the first 10 pages.” He sent me the first 10 pages, and when I stopped laughing, I called him up and said, “Oh, my God! This is it! This is definitely it!”

I think Alan sort of relished the opportunity to go a little bit rated R, to step away from that pigeonhole that people put him in a little bit, to do things that go a little bit beyond the pale. We actually have another thing coming up, which we never talk about because we only wrote one song for it. But it’s a movie called “Sausage Party” that comes out later this summer, and it’s an animated film. But it’s a Seth Rogen animated film. I want to say that it’s rated R, but it’s such a hard R.

There are things in this movie – it’s an animated movie – but again, once you see them, you will never unsee them. There’s crazy, crazy, outrageous things happening, and we got to write an opening number that goes as far over the top as the rest of the movie does in a way where Alan said, “Oh, my God, I hope some eight-year-old doesn’t see that it’s animated and has my name on it and accidentally sees it, because that child will be in therapy for life….”

One of the downsides of doing what I do is that I sometimes think too much about technical things when I see a show. I’m sure that happens to you.

Oh, God, it’s the worst! It really is. Once you’ve been inside the sausage factory, you cannot unsee what you’ve seen. Once you know how they’re put together, it’s like you can’t see the show anymore. I can see a show and say, “I know exactly what happened in the meeting to end up with that. I know how they got there.” So, it definitely takes a little bit of the transforming pleasure away from it. You have to work extra hard to shake that off and be in the moment.

But that’s now how you know when something is good. There’s a moment when you notice, “Oh, I’m not criticizing….”

What do you think of “Hamilton”?

I think opening “The School of Rock” the same season as “Hamilton” – well, I was sort of hoping it wouldn’t be as good as it was supposed to be. I went to see it downtown [Off-Broadway] with my wife, and for the first few minutes, I was like, “OK, well, this is really good, but I can sort of see the writing there.” Then, that thing happened where I don’t even remember where it was, where something clicked. Then, it was like an hour went by and I thought, “Oh, my God, I’ve been so in this that I’m not thinking in critical terms at all. I am so sold.”

And by the end, I was in tears like everybody else and saying, “This is going to win the Pulitzer Prize and completely deserve it.” It’s a fantastically put together piece of theater, and Lin [Manuel-Miranda] deserves every drop of praise and every accolade he’s getting.

I think it’s going to have a huge effect in the future, not so much in terms of people writing hip hop shows – although there will be certainly that – and not in terms of people writing history shows – although there will be that as well. But just the willingness to swing big, to aim for the fences and to not worry about “Is this commercial? Is this not commercial? Is there an audience for this? Is there not?” – to just aim for the big statement, to go large. And there’s certainly an audience for that as well, as we can see. I know that I’ve certainly been inspired to lift my sights higher….

What’s particularly impressive is that it’s all that information, plus so funny, plus so moving. To get all those things in one place and to do it without missing a step is a pretty phenomenal achievement. I can’t imagine this is something he did on purpose, but to do all that and then to hit the zeitgeist with your color-blind story about the founding of this country at this moment of our history? You can’t plan that, but it is the right show for this moment in so many ways….