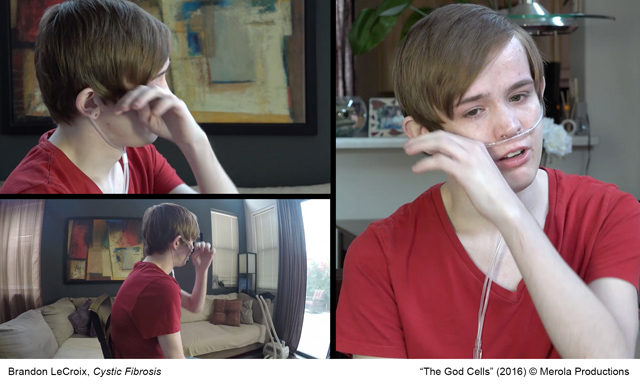 “The God Cells” is a documentary by filmmaker Eric Merola about the controversial topic of using fetal stem cells to treat diseases. Without apology, the film is one-sided and openly advocates for U.S. policy to be changed so that these stem cells can be used. (It’s currently illegal.)

The film contends that if abortions are going to be performed anyway, why discard the fetus when the cells could potentially improve chronic diseases or even save lives?

Merola then profiles a number of both adult and child patients with various ailments who traveled outside of the U.S. (such as Tijuana, Mexico) and experienced quite a miraculous recovery as a result of their treatment with fetal stem cells.

Despite the film’s one-sidedness, as well as its amateurish narration during its scientific explanation portions, the stories of the patients are indeed compelling. “The God Cells” forces you to ask yourself: If my or my child’s suffering could be substantially eased by fetal stem cells, what would I do?

“The God Cells” opens in New York City on June 3, 2016 at Cinema Village and at Laemmle Music Hall in Los Angeles on June 10. A national release will follow.