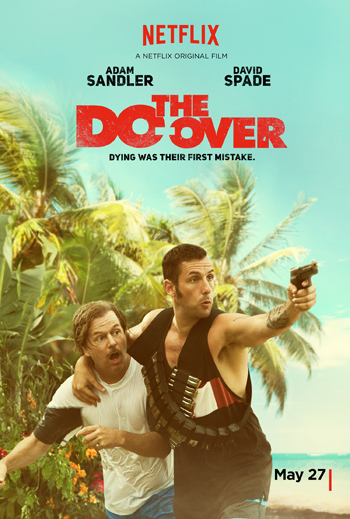 In “The Do-Over,” Adam Sandler plays “Max” and David Spade plays “Charlie,” old friends tired of their mundane lives, who reunite at their 25th high school reunion for the ultimate mulligan: They decide to wipe the slate clean for a do-over.

Netflix is releasing the drama series, “Bloodline,” on Friday, too. “The Do-Over” could be a welcome remedy from all the intensity. Looks like there will be a lot of Netflix-watching this Memorial Day weekend!

Check out the trailer for “The Do-Over.” (It contains strong language and adult content.)