Spotlight is not only one of my favorite movies of 2015, it’s also an Oscar winner. For best picture, no less. Beating out The Revenant, The Big Short, Bridge of Spies, Brooklyn, Mad Max: Fury Road, The Martian and Room. Whew, that’s a big win for a little movie. But important movie.

The Spotlight PR team jumped right on that. Today, they released a new Oscar-themed poster for the film. Of course, there’s a big giant Oscar smack dab in the middle of the poster.

The story follows the Catholic priest molestation scandal. In 2001, editor Marty Baron of The Boston Globe assigned a team of journalists to investigate allegations against John Geoghan, an unfrocked priest accused of molesting more than 80 boys.

Spotlight – Best Movie That Ticked Everyone Off

The reporters made it their mission to provide proof of a cover-up of sexual abuse within the Roman Catholic Church. As mentioned in our annual Janie Awards, this movie earned our “Best Movie That Ticked Everyone Off” Award. Even today, there really hasn’t been any justice, despite the efforts of the Spotlight team.

Released on Nov. 6, 2015, Spotlight was directed by Tom McCarthy and landed a whole bunch of awards, which you can check out here.

In the opening weekend of its limited release, the film grossed $295,009 from five theaters ($59,002 average), one of the highest per-screen averages of any release of 2015. The film grossed $4.4 million in the first weekend during its wide release, finishing 8th at the box office. 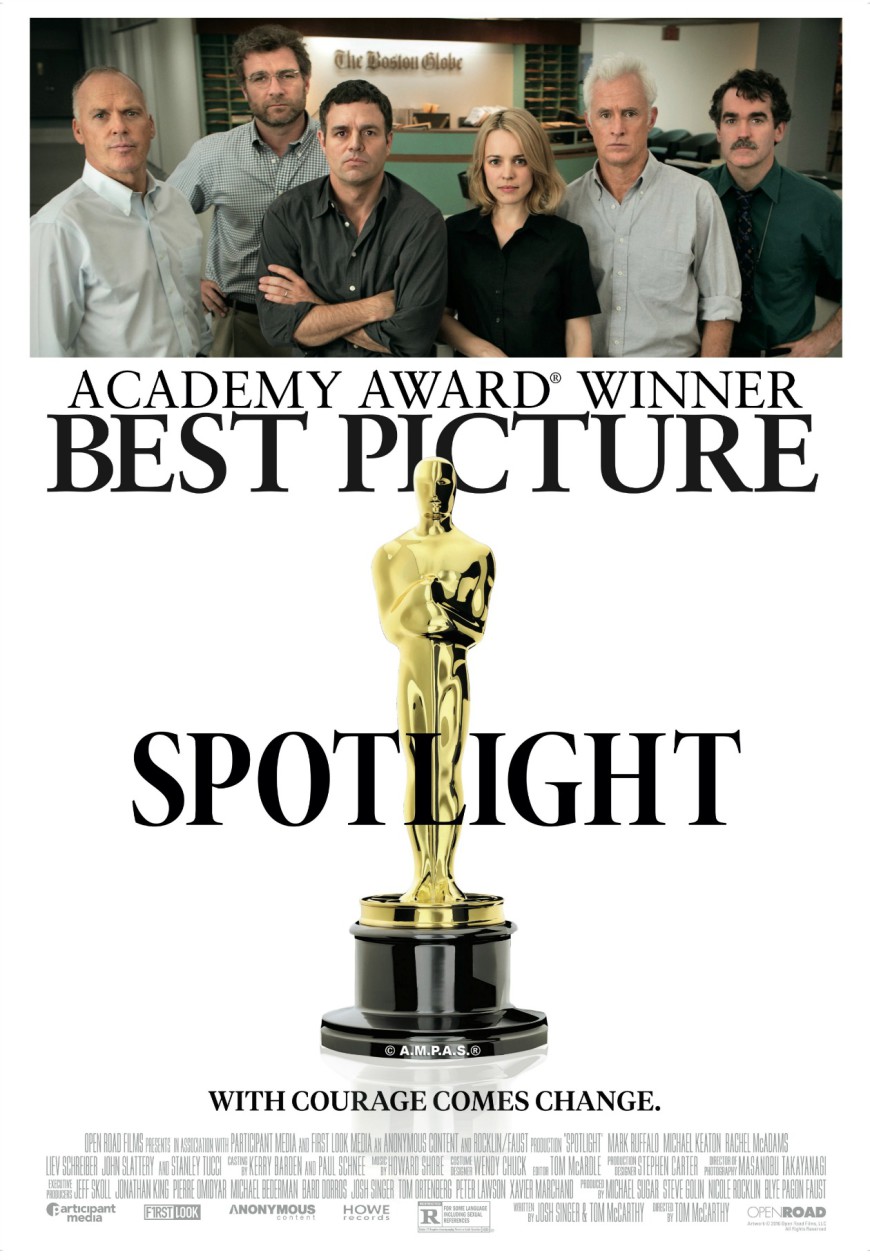