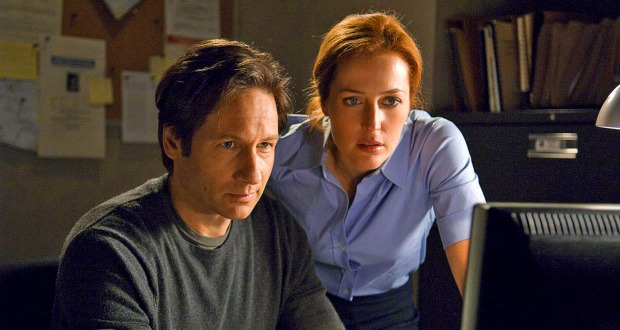 1. “Making a Murderer.” The interwebs are burning up about this Netflix docuseries about a Wisconsin man named Steven Avery who spent 18 years in prison, was exonerated by DNA and released, began proceedings to sue the legal system, and landed back in prison for a murder he may or may not have committed. Did he do it? Beats the heck out of me, but it sure is compelling stuff. Here are some photos, and here’s a link roundup of what everyone is saying around the web.

2. “The X-Files.” I spent most of 2015 watching Mulder and Scully investigate weird, quirky, haunting and alien stuff. What a show! Thankfully, I had my nephew – my go-to on all things “X-Files” – there to answer questions and listen to my theories. I can’t wait for the new series to kick off Jan. 24 on FOX. Only six episodes? I think not. Hopefully, the ratings will be through the roof and they’ll bring us more in the future.

3. “The West Wing.” I always try to have some show I watch just for fun, not because it’s being rebooted or talked about or anything. Right now, that’s “The West Wing,” helmed by Aaron Sorkin and featuring an A-List roster, including Martin Sheen (he makes a great President), Rob Lowe, Bradley Whitford, Allison Janney and more. I can see why the show was so popular during its run from 1999 to 2006, and so many of the issues they dealt with politically are still being dealt with today in real life. Right now I’m nearing the end of season two. Yes, I know there’s sadness ahead!

4. “American Idol.” Season 15 – the final season – of the longtime singing competition show just premiered last week. We’ve been here and there with the show for the past few seasons, but now that we know it’s ending, my daughter and I are sad! Watching Ryan Seacrest and the revolving door of judges over the past decade has been fun. Jennifer Lopez, Keith Urban and Harry Connick, Jr. are the judges for the final season, and they’re so funny together. Plus, I’ve already picked my winner for this season.

5. “Downton Abbey.” I had previously watched this British show, which airs on PBS as part of the Masterpiece Classic series, through season four. My daughter hadn’t watched it yet, so we’re in the midst of watching it together and are now at the point where I’d previously left off. We’re DVRing season six (which started last week) so we can jump in when we get there. Watching Lord and Lady Grantham and their brood and servants evolve through the series has been fun, heartbreaking and oh so addictive (oh, Mr. and Mrs. Bates!). Great storytelling and brilliant actors, including Michelle Dockery, Hugh Bonneville and Maggie Smith make this a winner. I’ll be sad when the series ends. Check out Paula Schwartz’ report and photos from the season six press event in New York.

6. “Bloodline.” This brooding Netflix series is set in the Florida Keys and centers on the Rayburn family and their many lies and secrets. Kyle Chandler leads an all-star cast, and I can’t wait for season two to premiere sometime this year. Here’s a little preview.

7. “The Affair.” It took me a while to get into this Showtime series, but once I got past the first couple of sex-filled episodes, I was addicted. The story follows two couples and their affairs and relationships. Young diner waitress Alison (Ruth Wilson) and her husband, rancher Cole (Joshua Jackson), are struggling  personally and financially after losing their young son. Teacher and budding novelist Noah (Dominic West) and his wife Helen (Maura Tierney) have four kids and their own issues. All hell breaks loose when Noah and Alison have an affair, which sets off a whole bunch of other things.