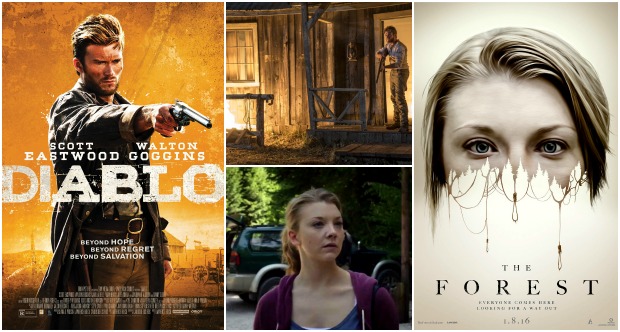 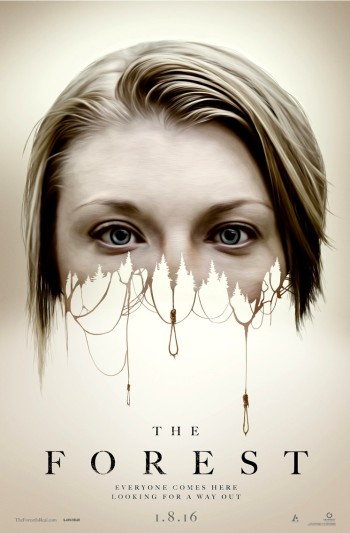 This week at the movies, Scott Eastwood seeks vengeance in a western and Natalie Dormer searches for her sister in some very scary woods. Let’s take a closer look at new movies in theaters.

Rising with terrifying grandeur at the base of Mt. Fuji in Japan, the legendary real-life Aokigahara Forest is the suspense-filled setting of this supernatural thriller directed by Jason Zada. A young American woman, Sara (Natalie Dormer, “Game of Thrones”), journeys there in search of her twin sister, who has mysteriously disappeared.

In the company of expatriate Aiden (Taylor Kinney, “Chicago Fire”), Sara enters the forest – known as “the suicide forest” – after being warned to “stay on the path.” Determined to discover the truth about her sister’s fate, Sara must face the angry and tormented souls of the dead that prey on anyone who dares come near them.

Clint Eastwood’s son, Scott, has been avoiding westerns, probably because his dad’s shadow looms large in the western genre. But I am SO glad he’s in this brand new western titled “Diablo,” where he reminds me of his dad, but also makes his own mark. He plays a young Civil War veteran named Jackson who wakes up to find his beautiful wife (Camilla Belle) kidnapped by a band of ruthless bandits.

With killers around every corner, the lines begin to blur between good guys and bad guys, including Jackson. As a final gunfight looms for our hero and he’s asked to risk it all to save the woman he loves, this action-packed western takes twists and turns that will break even the hardest of hearts. Directed by Lawrence Roeck, this movie also stars Walton Goggins, Danny Glover and Adam Beach.