This week at the movies, Chris Pine takes a boat ride and Jack Black becomes the teacher in “Kung Fu Panda 3.” Let’s take a closer look at new movies in theaters.

This action-thriller tells the true story of the greatest small boat rescue in Coast Guard history. On Feb. 18, 1952, a massive nor’easter struck New England, pummeling the Eastern seaboard and wreaking havoc on the ships caught in its deadly path, including the SS Pendleton, a T-2 oil tanker bound for Boston, which was literally ripped in half, trapping more than 30 sailors inside its rapidly-sinking stern.

As the senior officer on board, first assistant engineer Ray Sybert (Casey Affleck) realizes he must take charge of the frightened crew and inspire the men to work together to ride out the storm. Meanwhile at the U.S. Coast Guard station in Chatham, Massachusetts, Warrant Officer Daniel Cluff (Eric Bana) orders a daring rescue operation, sending four men, led by Coast Guard Captain Bernie Webber (Chris Pine), out in a wooden lifeboat with an ill-equipped engine and little means of navigation to face frigid temperatures, 60-foot high waves and hurricane-force winds.

Directed by Craig Gillespie and based on the book by Casey Sherman and Michael Tougias, this movie also stars Ben Foster, Holliday Grainger, John Ortiz and Eric Bana. 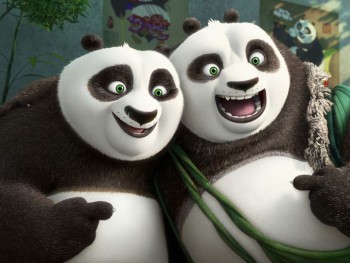 But when supernatural villain Kai (J.K. Simmons) begins to sweep across China defeating all the kung fu masters, Po (Jack Black) must do the impossible—learn to train a village full of his fun-loving, clumsy brethren to become the ultimate band of Kung Fu Pandas!

JANE GOT A GUN

Directed by Gavin O’Connor, this western thriller stars Natalie Portman as Jane Hammond, a woman who’s built a new life with her husband Bill “Ham” Hammond (Noah Emmerich) after being tormented by the ultra-violent Bishop Boys outlaw gang. She finds herself in the gang’s cross-hairs once again when Ham stumbles home riddled with bullets after dueling with the boys and their relentless leader Colin (Ewan McGregor).

With the vengeful crew hot on Ham’s trail, Jane has nowhere to turn but to her former fiancé Dan Frost (Joel Edgerton) for help in defending her family against certain destruction.

R for strong crude sexual content, including some graphic nudity, and for language throughout | In Theaters 1/29 | Ok for Kids 18+ | Open Road Films | Reel Preview: 2.5 of 5 Reels | Fifty Shades of Black