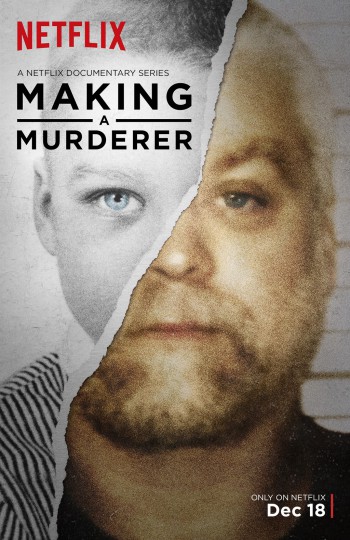 Like everyone else over the past few weeks, I’ve been glued to “Making a Murderer,” the Netflix docuseries about a man named Steven Avery who spent 18 years in prison, was exonerated of the crime by DNA, began proceedings to sue the legal system, and landed back in prison for the murder of Teresa Halbach, which he may or may not have committed. Avery’s nephew, Brendan Dassey, is also serving time for the crime.

Are you watching the series? Do you think he did it? My first inclination is that he didn’t, but without seeing all the evidence and being in the courtroom for the whole trial, it’s tough to call one way or the other. Let’s take a look at some of the stories, theories and interviews around the web.

The commenters over at Reddit.com are burning up the web with theories and thoughts.

Vox.com does a nice job of mapping out the case.

At The A.V. Club, Damien Echols, one of the “West Memphis 3” who were wrongly convicted and served time for a crime, weighs in on the Avery case. “It can happen to anyone,” he says.

Joe Berlinger, who helmed the original “Paradise Lost” documentaries about the West Memphis 3, called “Making a Murderer” a watershed moment. Read about it at The Wrap.

Fortune.com reports on what some of the players in the case are up to now, including the popular defense attorney, Dean Strang (who needs his own show, by the way).

People.com updates us on what the journalists who covered the case are doing these days.

Slate.com talked with Dean Strang about the case, as well as his new status as a legal sex symbol. Here’s an entire Tumblr devoted to Strang’s style sense. Elle.com says our obsession is because he reminds us of Atticus Finch.

CNN.com gives us “5 Things to Know” about the case.

RollingStone.com takes us behind-the-scenes with the filmmakers, Laura Ricciardi and Moira Demos, as well as “10 Questions” they still have, and the White House’s response to a Change.org petition to free the Steven Avery.

At the New Republic, Sarah Marshall opines on our obsession with true crime.

ABC News reports that Steven Avery now has new representation with high profile attorney Kathleen Zellner. DailyMail.com says his mom is onboard with the new lawyer.

The New York Post reports that the filmmakers stand by their controversial trial editing.

Here are six compelling pieces of evidence that Tech Insider says were left out of “Making a Murderer.”

HLN’s Nancy Grace is convinced that Steven Avery is guilty. Read why over at the Atlantic Journal Constitution.

At Entertainment Weekly, Donnie Wahlberg compares the case to the O.J. Simpson case and says the cops got it right.

If we loved “Making a Murderer,” the Toronto Star gives us five other things to watch. Cleveland.com ups it with six.

At the New Yorker, Jason Adam Katzenstein reveals new evidence about his opinions on “Making a Murderer.” (Yes, it’s humor, or … is it?)

Dan Auerbach, lead singer of the rock bands The Black Keys and The Arcs, wrote a song about the case. Read more over at CentreDaily.com.

Investigation Discovery is launching its own probe into the case. Read about it at the New York Daily News.

Tech Insider reports that Netflix never expected “Making a Murderer” to be such a hit.

Alyson Shontell at Business Insider centers on the conversations between Brendan Dassey and his mom.

Newsweek rounds up some of the quotes that tell the story of “Making a Murderer.”

Hari Ziyad at Paste.com covers why “Making a Murderer” challenges White America’s faith in the police.

Meghan Daum at the Los Angeles Times wonders if we’re just making too much out of “Making a Murderer.”