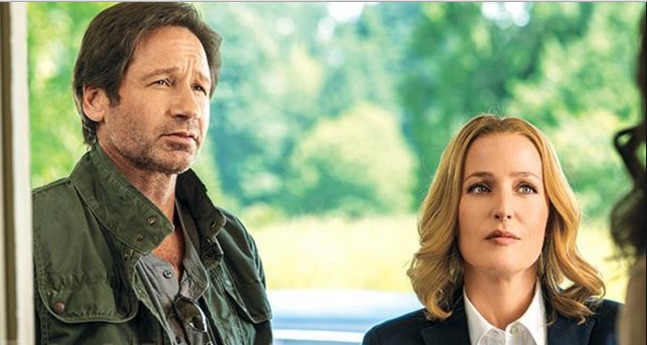 My nephew Ryan is my go-to guy for all things “The X-Files,” and he just sent me this 20+ minute video of a behind-the-scenes look with Chris Carter, David Duchovny, Gillian Anderson and all the key players as they reveal secrets from the set and take us on the epic journey of bringing this classic back to Fox. The new series premieres Sunday, Jan. 24, 2016 on FOX.

I’m happy to report that I watched the entire original show last year, and I cannot wait to see where they go with the new series.

Thirteen years after the original series run, the next mind-bending chapter of THE X-FILES is a thrilling, six-episode event series from creator/executive producer Chris Carter, with stars David Duchovny and Gillian Anderson re-inhabiting their roles as iconic FBI Agents FOX MULDER and DANA SCULLY.

Mitch Pileggi also returns as FBI ASST. DIR. WALTER SKINNER, Mulder and Scully’s boss, who walks a fine line between loyalty to these investigators and accountability to his superiors.

This marks the momentous return of the Emmy- and Golden Globe Award-winning pop culture phenomenon, which remains one of the longest-running sci-fi series in network television history. 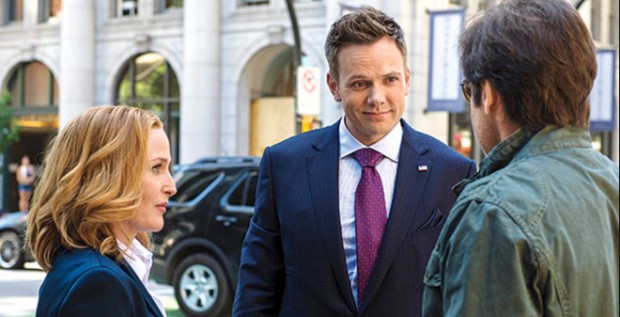 The upcoming series will encompass a mixture of stand-alone episodes and those that further the original show’s seminal mythology. In the opening episode, Mulder and Scully take on a case of a possible alien abductee.

The all-new episodes will feature appearances by guest stars, including Joel McHale (“Community”), Robbie Amell (“The Flash”), Lauren Ambrose (“Dig,” “Six Feet Under”), Annabeth Gish (“The Bridge”), Annet Mahendru (“The Americans”), Rhys Darby (“Flight of the Conchords”), Kumail Nanjiani (“Silicon Valley”) and William B. Davis, who reprises his role as “Cigarette Smoking Man” (which, ok, should be interesting, considering his storyline in the original series!).