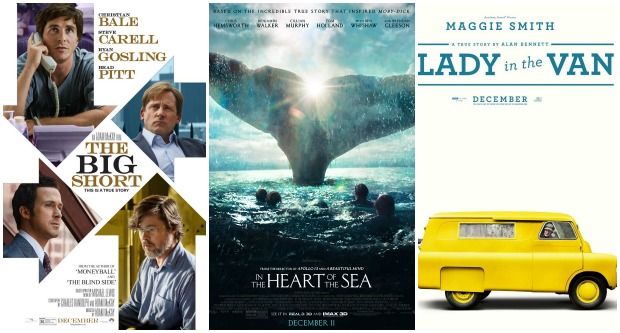 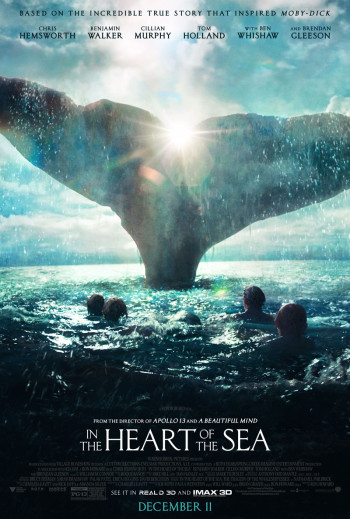 New movies this week include Chris Hemsworth battling a big whale, Maggie Smith living in a van, and Steve Carell taking on big banks. Let’s take a look at the new movies in theaters this week.

IN THE HEART OF THE SEA

In the winter of 1820, the New England whaling ship Essex was assaulted by a whale of mammoth size and will, with an almost human sense of vengeance. The real-life maritime disaster inspired Herman Melville’s “Moby-Dick,” but that was only half the story.

“In the Heart of the Sea” reveals the encounter’s harrowing aftermath, as the ship’s surviving crew is pushed to their limits and forced to do the unthinkable to stay alive.

THE LADY IN THE VAN

Nicholas Hytner directs Alan Bennett’s adaptation of his critically-acclaimed West End hit, based on his own bestselling memoir. The real-life story centers on Miss Shepherd (Dame Maggie Smith, reprising her stage role), an eccentric woman of uncertain origins who “temporarily” parks her broken down van in Bennett’s London driveway … and proceeds to live there for the next 15 years.

When four outsiders saw what the big banks, media and government refused to see, the global collapse of the economy, they had an idea: The Big Short. Their bold investment leads them into the dark underbelly of modern banking where they must question everyone and everything.

Based on the true story and best-selling book by Michael Lewis (“The Blind Side,” “Moneyball”), and directed by Adam McKay (“Anchorman,” “Step Brothers”) this gripping story stars Christian Bale, Steve Carell, Ryan Gosling and Brad Pitt.