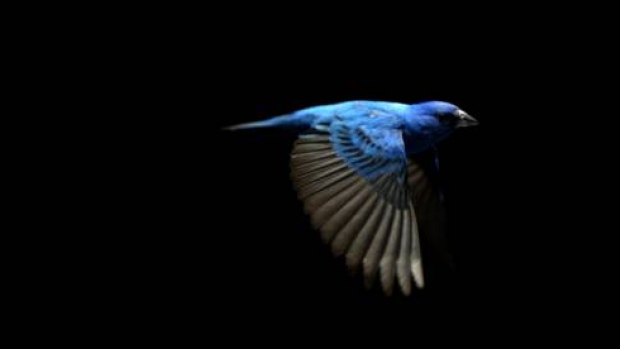 As a bird watcher and bird photographer, I was anxious to see “The Messenger,” a documentary by filmmaker Su Rynard that chronicles the many threats to songbird species around the world. Rynard has given us a comprehensive overview of just how fragile songbirds can be and why we need to care about their plight. She also shows the many ways people are trying to save these birds, who, like the proverbial canary in the coal mine, are “messengers” of the threats to our existence as well.

The documentary is so well-done that it’s beautiful, heartbreaking, and inspiring all at once. I’m not sure how they did it, but the cinematographers captured the flight of solo birds, who are presented in close-up and slow motion periodically throughout the film. The effect is breathtaking and fascinating. We see, for example, that none of these birds flap their wings up and down. Instead, the wings move in a circular undulation. 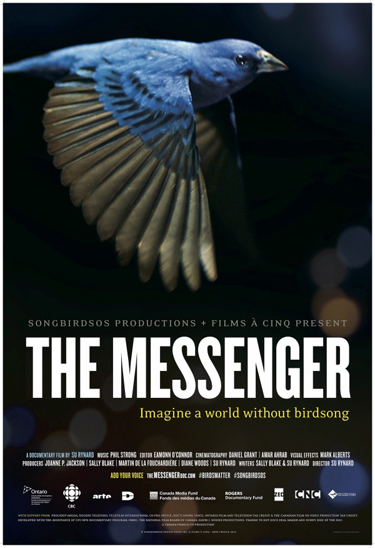 Among the threats to songbirds are glass – particularly windows in high rise buildings where the lights have been left on. Simply turning off the lights overnight can make an impact on the numbers of migratory birds who slam into the glass. It’s as simple as flipping a switch. Yet, so many cities still allow businesses to keep their lights on all night. Light displays like the 9/11 memorial in New York are also a big problem for birds.

The film takes us along as volunteers collect the dead and the stunned. A friend of mine used to do this for the Audubon Society. She gathered stunned birds and placed them into paper bags to keep them warm while they recovered from shock. Then, when the birds were able, she let them go. We follow one volunteer in the film as she does exactly this, setting a recovered bird free – one of the few lucky ones.

According to the film, studies have shown that treated glass can reduce bird deaths by 80%.

Cat predation is another issue that is much worse than people think. One study came to a conservative estimate of 1.4 billion birds killed by cats annually. We forget that cats are invasive in most parts of the world and not part of the natural ecosystem. When we allow our cats to roam wild, we put birds in danger, and that loss of life is not trivial.

Rynard also chooses to revisit the horrific story from Mao Tse-tung’s regime in China when, in the late 1950’s, he decided that tree sparrows should be killed because they ate grain seeds. Chinese citizens then took to banging pots and pans to prevent the sparrows from landing in trees. The onslaught continued until the birds died of exhaustion and fell from the sky en masse.

What followed was such a substantial increase in insect populations – because they had lost a key predator – that crops were devastated. The result was a famine that killed up to 30 million people.

The film also explores the use of insecticides and how we frequently use them with impunity, even when they aren’t necessary. As a result, we eradicate birds and insects that we actually need. Then, the chemicals get into our food and water supplies.

Of course, no film like this could be comprehensive without a discussion of the effects of climate change on songbird populations. These birds are “the messenger” precisely because they respond quickly to environmental issues – much more quickly than we do. Can the world survive without songbirds? Probably not. So, when will we pay attention?

“The Messenger” opens in New York at Cinema Village on Dec. 4, 2015 and Los Angeles at Laemmle Monicas on Dec. 11, 2015. Shortly after, it will be released in 30 markets nationwide, and the DVD and digital release will take place in 2016. Watch for it. I highly recommend this film.