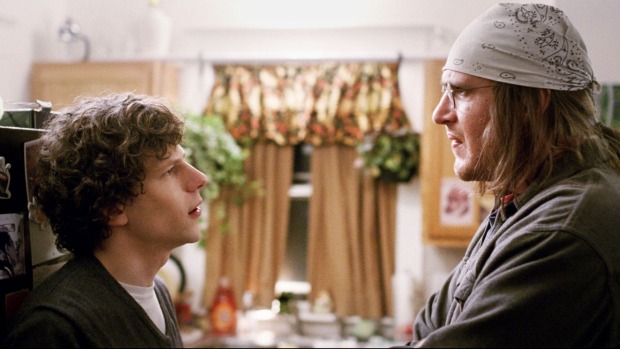 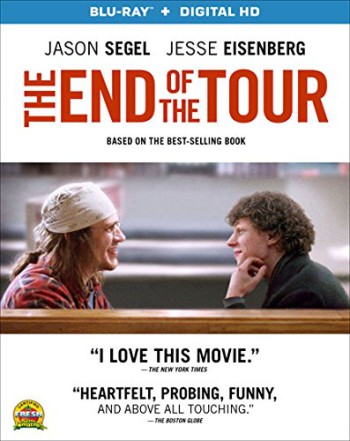 Entertainment Weekly called Jason Segel “a revelation” in his role as best-selling author David Foster Wallace in “The End of the Tour.” I concur. I saw this movie at the Traverse City Film Festival this summer, and for a guy I generally associate with comedy, Segel is amazing as the quirky author, and the movie is especially poignant for fans of the writer who know Wallace’s story.

BUY “THE END OF THE TOUR” ON AMAZON

“The End of the Tour” arrives on Blu-ray (plus Digital HD) and DVD (plus Digital) tomorrow, Nov. 3, from Lionsgate Home Entertainment. Directed by James Ponsoldt (“The Spectacular Now”), written for the screen by Donald Margulies (“Dinner with Friends”), and based on the book “Although Of Course You End Up Becoming Yourself: A Road Trip with David Foster Wallace

“The End of the Tour” won Best Narrative Feature at the Sarasota Film Festival and is “certified fresh” by Rotten Tomatoes.

The story follows journalist David Lipsky (Eisenberg) as he interviews legendary author David Foster Wallace (Segel), exploring themes of friendship, fame, and creative rivalry through two people on a journey that is both moving and unforgettable.

,” it’s a tough read. In fact, that’s an ongoing theme in the movie, but after seeing this film, I’m ready to give it a try.