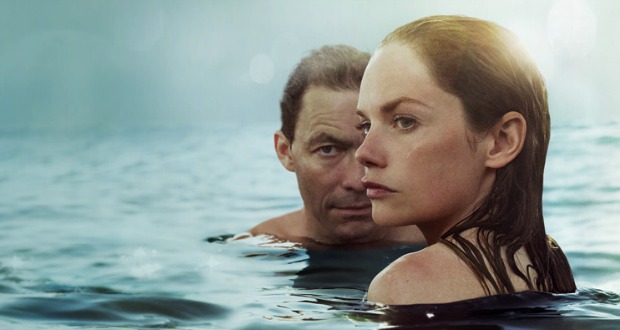 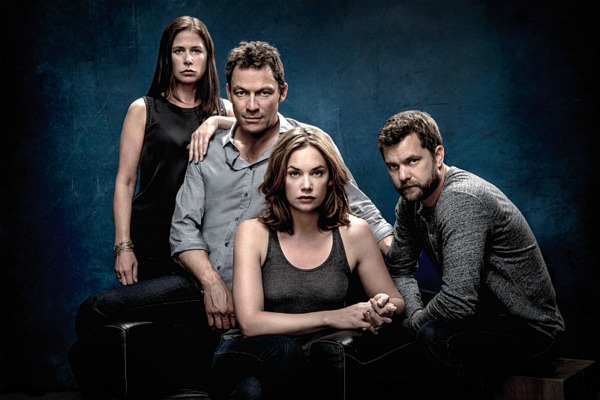 When I first heard about the SHOWTIME series “The Affair,” I thought to myself, “I don’t want to watch a show about people having affairs.” I am not an advocate of affairs – at all.  I have seen the sad and destructive results of affairs, and it’s not pretty. That being said, I understand they do happen and there are many different scenarios as to why they happen. So, on with the show!

I’ve just finished binge watching season two – and I love it! I loved season one, too. This is a very well done show, with multiple layers to the story (which is actually several stories). The characters show great depth and feeling. The stories are interesting and really make you think and/or guess what’s going to happen next. We think we get to know the characters, but then sometimes they surprise us.

What I really love about this series is how they break it into each characters’ (especially Alison and Noah’s) view of what happens. Very smart and intriguing.

Ruth Wilson, who plays Alison Lockhart, has an innocent girl next door look, but is also a natural beauty with a sexy vibe. In just one and a half seasons, we have seen so many sides to Alison and get an understanding of her plight. She married young, lost her son, quit nursing, began waitressing, had an affair, moved in with her lover, and there’s lots more! I don’t want to totally ruin it for the new viewers to the show, but the dedicated viewers know where I’m going. She is a great character, and we see something new every episode. Ruth is so good in her role that she won a Golden Globe in 2014 for Best Actress in a Drama Series.  Nice!

Dominic West, who plays Noah Solloway, is married to Helen (our dear Maura Tierney), but had an affair up in Montauk, where his family was staying for the summer with Helen’s wealthy parents. Noah, a teacher and  wannabe writer, gets restless, spots Alison (she helps save their daughter from choking to death) at the restaurant where she works as a waitress. The rest is history. Noah seemingly falls in love with Alison, which causes the collapse of his marriage – although he and Helen had their own issues that needed to be dealt with. Dominic is quite sexy, right, ladies? He is masculine, sexy, outgoing, and seems to be a great lover. Smile.

Maura Tierney, who plays Helen Solloway, is a special lady. She was a fan favorite (and mine) for many years on “ER,” playing the beloved Abby Lockhart. On “The Affair” she plays Noah’s wife, and is the daughter of wealthy, pain-in-the-rear parents, who make it their job to be overbearing and very opinionated towards Helen and their son-in-law. There is certainly no love lost between Noah and Helen’s parents. Whoa! Below is a clip of Helen telling off her mother.

Joshua Jackson, who plays Alison’s ex-husband Cole, is growing more likeable to me. At first I thought he was a controlling jerk with a quick temper, but now his character seems to be maturing into a good guy. He still cares about Alison, and he’s standing up to his loser/jerk brother, Scotty (Colin Donnell).

There are too many storylines and characters to write about, and I really don’t want to give away too much. It’s so fun and interesting to watch and experience all the twists and turns of this show! They never seem to end, and that’s okay by me.

I highly recommend watching “The Affair.” It is an Affair to remember. Sorry, I couldn’t resist!

“The Affair” airs on Showtime on Sundays at 10 PM ET.

Are you a fan of “The Affair”? What do you love about it? Who do you think killed Scotty Lockhart? Sound off in the comments below!