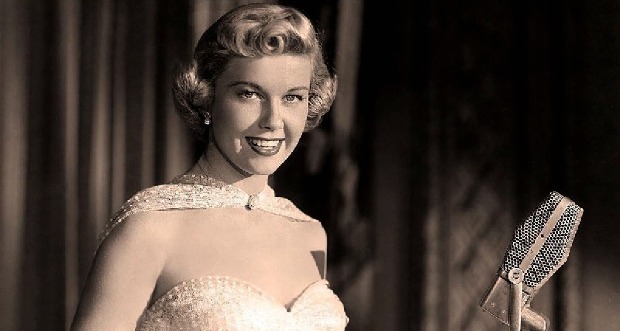 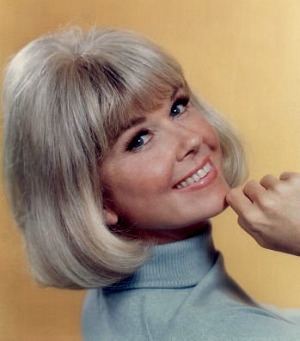 My friend Robin Blakely, who helms Creative Center of America, knows I love Doris Day. Love all her movies, songs, TV shows, animal foundation, everything about this classic star. There’s just something about her cheery personality that always makes me happy. And that is a treasured thing in this world.

So when Robin sent me a note asking if I wanted to help publicize this happy Doris Day news, of course I said yes! Robin, along with Lea Price, director of communications for the Doris Day Animal Foundation, made the announcement today in a press release.

Singers Scott Dreier and GRAMMY Award-nominee Jane Monheit are releasing their single “Everybody Loves a Lover” today as an exclusive music download to benefit the Doris Day Animal Foundation (DDAF).

Composed by Robert Allen with lyrics by Richard Adler, the song was originally recorded by Doris Day in 1958, with Frank DeVol producing. It’s been covered by numerous artists over the years, including The Shirelles in 1962, but the Doris Day version is noteworthy for the third verse, in which, through overdubbing, the first four lines of verse two are superimposed on the first four lines of verse one, creating a counterpoint duet. The two segments end on the same word, “Pollyanna,” sung in harmony.

Scott and Jane’s version of the song is an advance track from Scott’s forthcoming album, “The Doris Day Project,” which is scheduled for an early 2016 release on Amazon, iTunes and other outlets. This pre-release duet is currently only available through the Doris Day Animal Foundation website.

Additionally, the family of composer Robert Allen has agreed to waive royalty fees for the song so that one hundred percent of the $5.00 donation for the download sales will go directly to benefit the animals. That’s awesome.

Commenting on the announcement from her home in Carmel, California, Doris says, “I am delighted that Scott Dreier and Jane Monheit have merged their vocal talents to record ‘Everybody Loves a Lover,’ and am most grateful to them, as well as Patty Allen of Charlie Deitcher Productions, Inc., for donating all of the proceeds from the music download to my Doris Day Animal Foundation. The song and the precious animals are near and dear to my heart, and this is a lovely way to celebrate both.”

Scott says he knew from the beginning of “The Doris Day Project” that he wanted this duet to benefit the Doris Day Animal Foundation. “I’m so grateful to Jane Monheit for graciously contributing her time and extraordinary talent to help bring attention to the foundation. As a life-long animal lover, I am so honored to be of service to our beloved animals and their welfare. I am thrilled that the proceeds from this song will help support the wonderful work continuing to happen at the Doris Day Animal Foundation.”

As the star of his own award-winning one-man show “Doris and Me,” which he performs all over the country, Scott’s had a ton of prep to get the songs on the album pitch perfect AND make them his own.

“I created my one-man show, ‘Doris and Me,’ out of my love for and quirky obsession with the incredible Doris Day,” he notes. “I wrote the show because I wanted to celebrate Doris. Pure and simple. Because she deserves to be celebrated! Never in my wildest dreams did I think I would be performing the show all over the U.S. I am humbled to my very core that it has been so embraced. Just proving that Doris is still so beloved today. And I am truly over the moon to get the opportunity to record this album of the music of Doris Day. It is a dream come true for me. One of the greatest things about Doris Day’s music is that the material is so timeless, and it completely holds up today.”

Scott sent Jane the music track, plus Doris’ original version, so she would be comfortable with the material before they went into the studio. He laughs when he recalls talking to Jane’s manager beforehand and asking, “What key does Jane want to sing the duet in? I am sending it to you in my key—but of course we can take this up a half step or down a step, etc. I just want Jane to feel comfortable.” The response was something like, ‘As long as it’s one of the keys on the piano, Jane can sing it.'”

The two finally met at the famed East West recording studio in Hollywood to lay down their vocal tracks. Over the years, many of the industry’s most enduring superstars, including Frank Sinatra, Dean Martin, the Mamas and the Papas, the Beach Boys, the Rolling Stones, and Donna Summer recorded there. Scott says he was totally aware and in awe of his surroundings.

“It’s an amazing studio,” he says. “Jane and I were both very excited that Dolly Parton recorded ‘Nine to Five’ there! And, we discovered that Terry Melcher, Doris’ son, had used the room to record with the Beach Boys. So it was especially wonderful to be recording in that space. I can’t fully explain it, but I felt, from my head to my toes, it was a place where so much art had been created. And there I was, having this dream come true getting to record Doris’s iconic hit song with Jane.”

And they only had an hour to get the job done in the studio. He recalls asking Jane, “Do you prefer to sing your vocal and then I can come back later and lay down my vocal, or do you want to sing together?  She immediately said, ‘Oh, I think it will be more fun to sing it together, don’t you?’ And, of course, my immediate response was, ‘Yes—I agree! Together!‘”

Scott says, “This has been my personal mission statement: to celebrate and honor Doris Day, and to raise as much money for the sweet four-leggers as I can.”

What a fantastic story about a fantastic song for a fantastic cause! Be sure and download your copy of “Everybody Loves a Lover” today at the Doris Day Animal Foundation!

About The Doris Day Animal Foundation:

The Doris Day Animal Foundation, www.dorisdayanimalfoundation.org, is a national, 501(c)(3) non-profit charity founded by legendary performer Doris Day in 1978, with a straightforward mission to help animals and the people who love them. As a grant-giving organization, DDAF funds other non-profit causes across the country that directly rescue, care for and protect animals. Some of DDAF’s ongoing project funding includes World Spay Day (founded by Doris Day and the Doris Day Animal League in 1995), Duffy Day Life Saving Program, Doris Day Equine Center, the Doris Day/Terry Melcher Scholarship at UC Davis School of Veterinary Medicine, “Seniors for Seniors” programs and many more.

About Creative Center of America:

Creative Center of America (CCA) is a resource for writers, artists, entrepreneurs, industry experts and nonprofit leaders to identify and accomplish their professional dreams and goals. Founded by Robin Blakely, an award-winning PR expert and business development specialist, CCA offers creative people a game-changing way to transform their passion into their business. Joining CCA this year is Richard Tyler Jordan, former Sr. Publicist with The Walt Disney Studios, and author of a dozen novels. For more information about CCA, visit http://www.creativecenterofamerica.com.