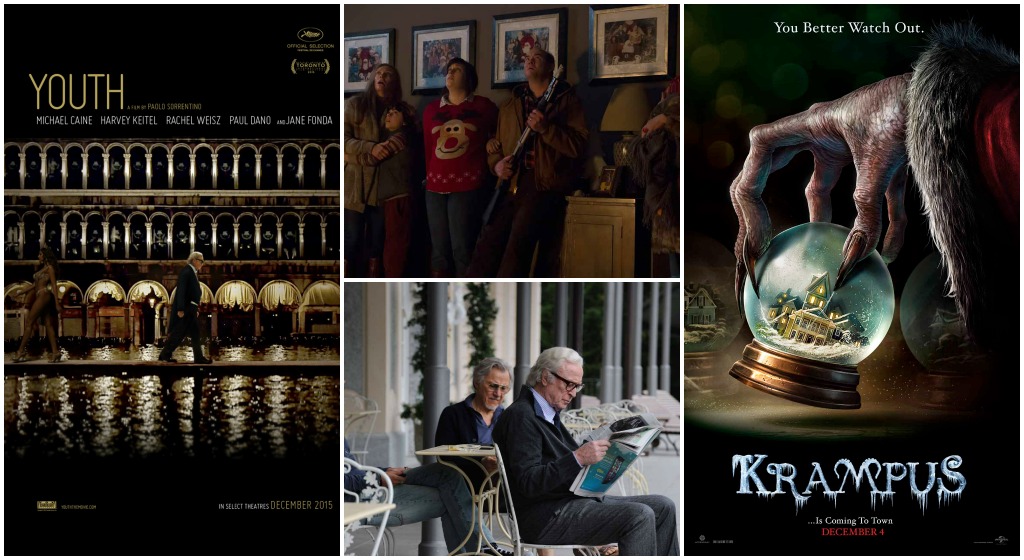 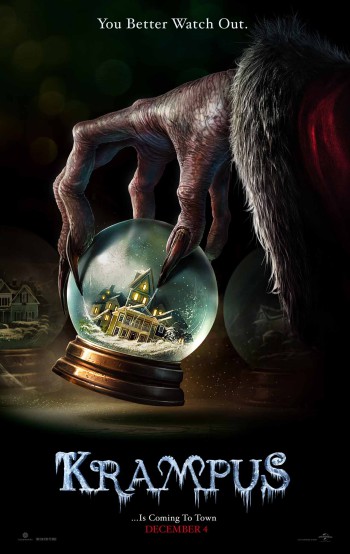 We’ve had so many big movies released recently, like “The Hunger Games: Mockingjay, Part 2” and “Spectre,” and this week there’s a little break before the biggies like “The Revenant” and “Star Wars: The Force Awakens” come out later this month.

New movies this week include a scary Christmas tale and a movie about big things happening later in life. Let’s take a look at the new movies in theaters this week.

PG-13 for sequences of horror violence/terror, language and some drug material | In Theaters 12/4 | Ok for Kids 14+ | Universal/Legendary | Reel Preview: 3.5 of 5 Reels | Krampus

Like a little “scary” with your yuletide festivities? Then “Krampus” is for you. When his dysfunctional family clashes over the holidays, young Max (Emjay Anthony) is disillusioned and turns his back on Christmas. Little does he know, this lack of festive spirit has unleashed the wrath of Krampus: a demonic force of ancient evil intent on punishing non-believers.

All heck breaks loose as beloved holiday icons take on a monstrous life of their own, laying siege to the fractured family’s home and forcing them to stick together to survive. Directed by Michael Dougherty, this thriller also stars Adam Scott, Toni Collette and Conchata Ferrell.

From Paolo Sorrentino, renowned writer and director of Italy’s Oscar-winning foreign language film “The Great Beauty,” comes “Youth” – a poignant tale of how we each find our own passion in life. Starring Michael Caine as Fred and Harvey Keitel as Mick, this movie explores the lifelong bond between two friends vacationing in a luxury Swiss Alps lodge as they ponder retirement.

While Fred has no plans to resume his musical career despite the urging of his loving daughter Lena (Rachel Weisz), Mick is intent on finishing the screenplay for what may be his last important film for his muse Brenda (Jane Fonda). And where will inspiration lead their younger friend Jimmy (Paul Dano), an actor grasping to make sense of his next performance? It’s clear that even our most important and life-changing experiences can come at any time – even late in life.

Read our report about Michael Caine, Jane Fonda and Harvey Keitel chatting up “Youth” at the NYC press conference.