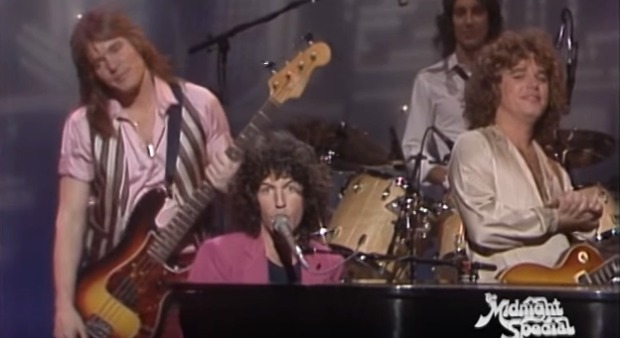 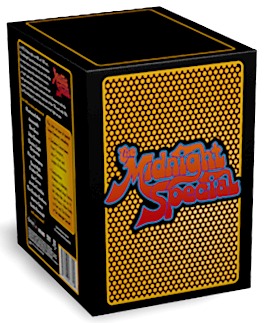 Parade.com calls “The Midnight Special” DVD Box Set “one of the coolest music-related releases in quite some time.” I concur. This set is amazing, both for people who watched the series when it first aired on late-night TV and for those seeing it for the first time.

This show aired right during the time I was starting to pay attention to music – through my middle school, high school and college years. So seeing the episodes in this set is like taking a glorious step back in time.

Created and produced by Burt Sugarman, “The Midnight Special” aired on NBC during the 1970s and early 1980s. It premiered as a special on Aug. 19, 1972, then began its run as a regular series on Feb. 2, 1973. The last episode aired on May 1, 1981, and according to the show’s wiki page, it was canceled by NBC at the request of Dick Ebersol as part of a deal for him to take over the then-ailing “Saturday Night Live.” (The Canadian sketch comedy series “SCTV” took over “The Midnight Special’s” time slot.)

Like its syndicated late-night cousin “Don Kirshner’s Rock Concert,” “The Midnight Special” featured guest hosts, except for a period from July 1975 through March 1976 when singer Helen Reddy served as the regular host. Wolfman Jack served as the announcer and frequent guest host. The program’s theme song, a traditional folk song called “Midnight Special,” was performed by Johnny Rivers.

The show broke new ground by featuring musical acts – rock, pop and soul – performing live. Most television appearances during that era featured performers lip-synching to prerecorded music, though near the end of its run, the show began to use more lip-synched performances than live ones. The series also occasionally aired vintage footage of older acts, such as Bill Haley & His Comets, as well as occasional performances of comedians such as Richard Pryor, Andy Kaufman, and George Carlin. 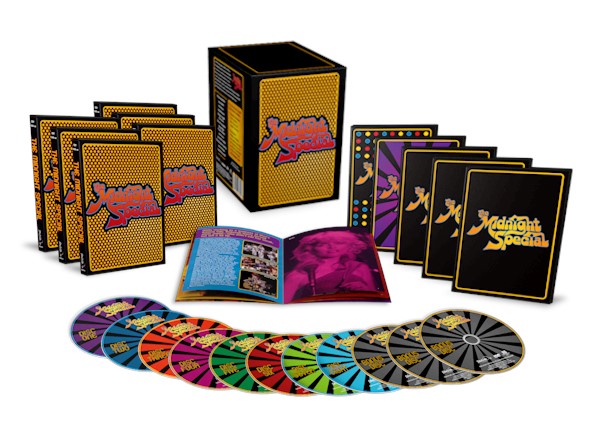 This incredible box set from Time Life/Star Vista includes 11 DVDs with nearly ten hours of amazing performances, 130 songs, and almost five hours of bonus features including brand new interviews and exclusive featurettes highlighting the history and the legacy of this pioneering TV show.

If you have a music-lover on your gift list this holiday season, be sure to wrap this up with a beautiful bow for them. It’ll be the best thing they find under the tree this year!