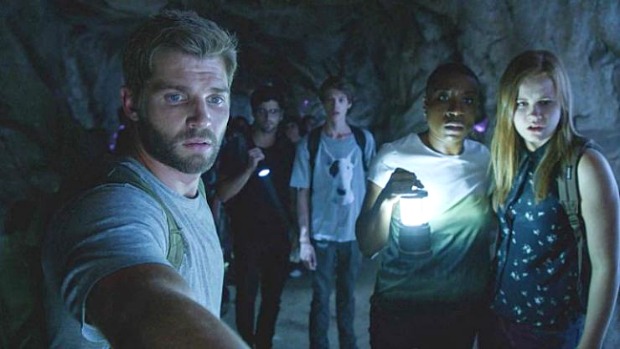 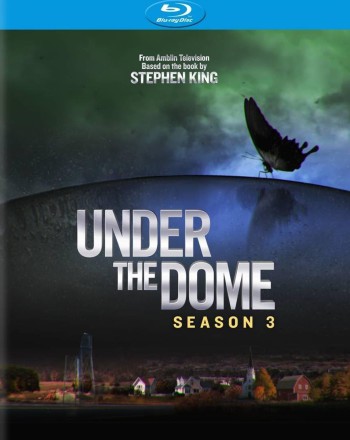 I got hooked on “Under the Dome” over the summer, and the final episode aired on Sept. 10, 2015. The show really kept me on the edge of my seat throughout its run, which I’m sure is partly due to the fact that it’s based on a Stephen King novel

and has a great cast, including Dean Norris from “Breaking Bad.”

Thankfully, Season 3 of the CBS series is now on Blu-ray, and the network sent me a gorgeous blu-ray copy for review. I never thought there was such a big difference between DVD and Blu-ray, but with visually stunning shows like “Under the Dome,” it makes a world of difference. The picture is crisp and clear – to the point where you actually feel like YOU are under the dome.

BUY “UNDER THE DOME” ON BLU-RAY on AMAZON

As mentioned, the show is based on the best-selling Stephen King novel of the same name and follows the residents of Chester’s Mill, Maine, as they find their small town suddenly cut off from the rest of the world by a transparent dome. Things get crazy real fast in the first episode, as cows are cut in half, planes crash into fiery balls of flame, and loved ones are separated by a foreboding glass dome. No one goes in, no one goes out.

While some people start to panic, a small group of citizens — led by Army veteran Dale Barbara (Mike Vogel) — tries to maintain some semblance of peace and order, while also attempting to learn the truth about the mysterious barrier, the purpose behind it — and, most importantly, how to escape it.

In Season 3, the line between friend and foe continues to blur. After a life-changing experience in the tunnels beneath the town, the people of Chester’s Mill are trying to move on. But the arrival of a new resident and an opportunistic corporation prove that’s not going to be easy. As the Dome’s purpose begins to unravel, it becomes clear that some won’t make it out alive.

Yahoo TV called it “broadcast television’s most enjoyable science-fiction/fantasy series,” and I quite agree. It’s one of those shows where you actually WANT to see what happens next, instead of fading off like so many shows on TV right now. It’s a thrill ride!