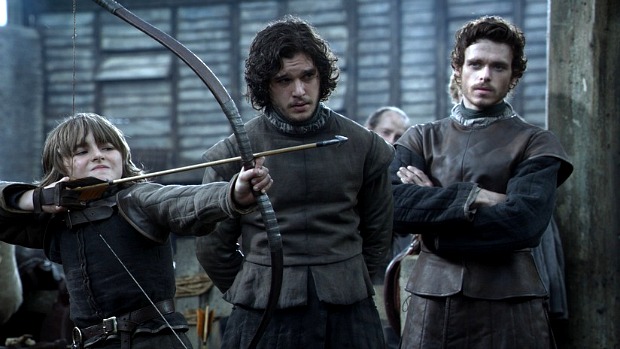 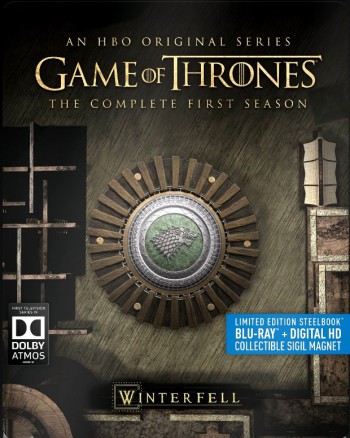 Steelbooks are coming! That’s right, more than “winter is coming” for fans of the Emmy Award-winning series “Game of Thrones.” The HBO show’s first two seasons are now available as Steelbook editions, just in time for the holiday gifting season. Not gonna lie – these special collectors sets are amazing, with extensive bonus content, new box art design, and a Dolby Atmos soundtrack.

“Game of Thrones” has been perched atop the Iron Throne of the home entertainment charts, as the best-selling TV on Blu-ray/DVD title in each of the last four years. The box sets are fan favorites for their extensive bonus content that takes diehard viewers even further into the world of Westeros.

But these new Steelbook collectors editions bring a whole new dimension to the series with the addition of a Dolby Atmos soundtrack and brand new box art designed by Elastic, the team that created the series’ Emmy Award-winning title sequence. 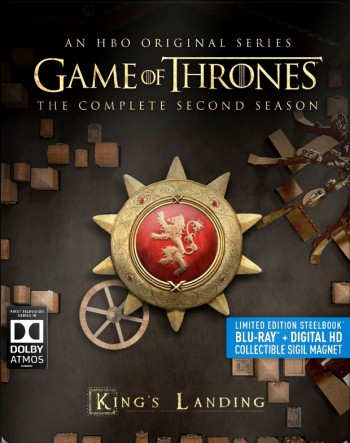 As mentioned, seasons one and two are now available in the new Steelbook formats, and seasons three and four will release on the heels of the first two seasons (look for release details coming soon).

Each Steelbook showcases a specific location significant to that season and includes usable magnets on packaging featuring “Games of Thrones” sigils and symbols:

In addition to all of the bonus content from the previous Blu-ray sets, the “Game of Thrones” Steelbook is the first TV on Blu-ray title to be released with the revolutionary new audio technology Dolby Atmos, which places and moves sounds and music anywhere in the room, including overhead, creating a captivating experience that brings entertainment alive all around the audience.

With the new Steelbook set, fans can hear Daenerys’s dragons swoop past them and feel the soaring score rise and fall around them. To experience Dolby Atmos at home, Dolby Atmos-enabled AV receivers and additional speakers are required; however, Dolby Atmos soundtracks are fully backward compatible with traditional audio configurations and legacy home entertainment equipment and will automatically play in the best possible way.

Based on George R.R. Martin’s fantasy book series “A Song of Fire and Ice,” “Game of Thrones” follows kings and queens, knights and renegades, liars and noblemen who are engaged in a deadly cat-and-mouse game for control of the Seven Kingdoms of Westeros.

The epic series’ storylines of treachery and nobility, family and honor, ambition and love, and death and survival have captured the imagination of fans globally and made it one of the most popular shows on television. The series recently broke HBO ratings records, averaging more than 19 million viewers throughout season four.

Also, in 2014, “Game of Thrones” was the most searched TV show on Google and the #1 most talked about show on Facebook. Check out this video about the amazing Dolby Atmos sound.